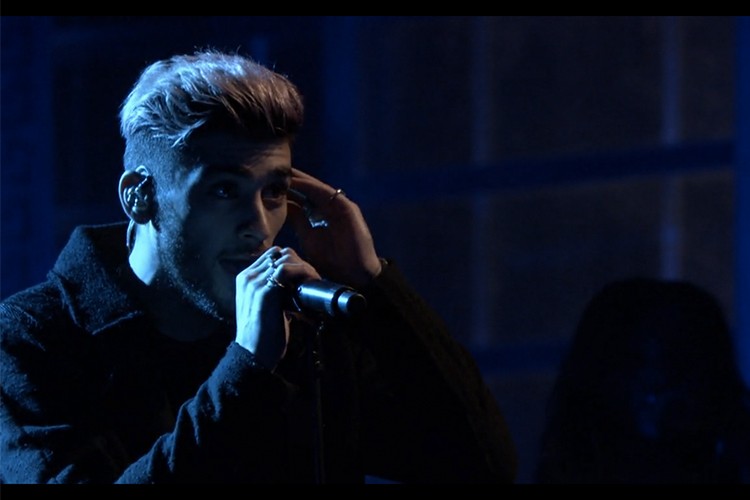 Zayn Malik has been killin’ the promo game for his debut album Mind of Mine and single “Pillowtalk.” Apart from cancelling his Graham Norton appearance in the UK, the singer has made some excellent press choices. For someone trying to go “legit,” especially after leaving the world’s biggest boy band, he’s aiming for critical acclaim more than tabloid fodder. So far he’s done an interview with Zane Lowe for Beats 1, a Billboard cover, and a pretty revealing FADER interview.

“Pillowtalk” was an immediate hit, debuting at #1 on the Billboard Hot 100 chart, something Malik hadn’t achieved with One Direction. Tonight, he made his national TV debut on The Tonight Show with Jimmy Fallon and dropped a new track called “It’s You” as well as revealing the album cover art. We knew Zayn was a hip hop fan but we didn’t know he loved Weezy this much.

Zayn’s band, made up of all people of color, were accompanied by The Roots. Watch the performance above.

Mind of Mine is out on March 25th via RCA Records.