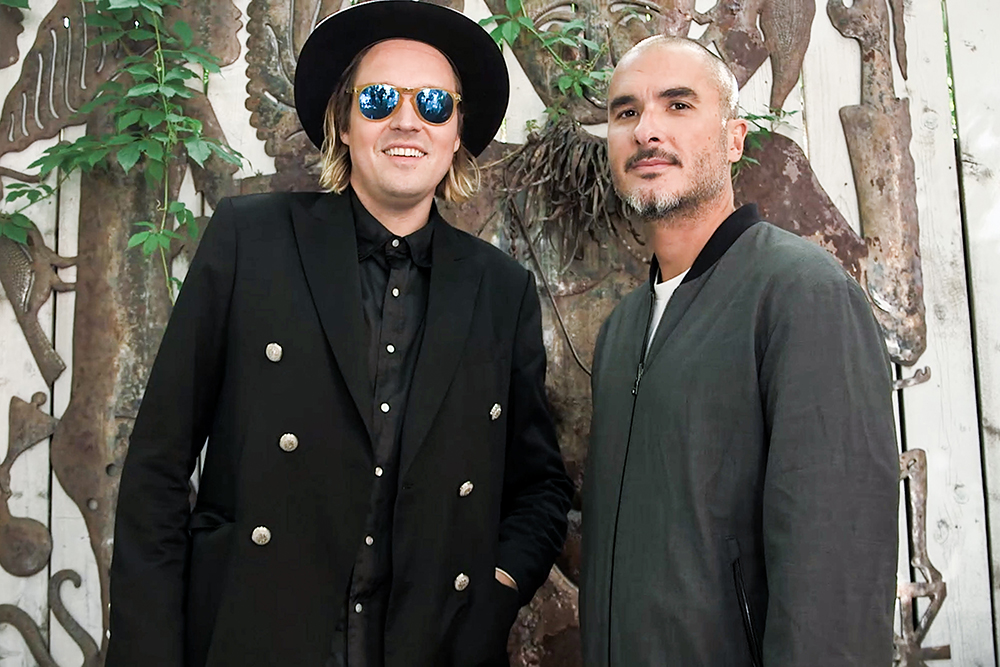 Late last week the worlds biggest “indie” band Arcade Fire released their 5th studio album Everything Now (read our review here!). Before the album was released to the public the band, in partnership with Apple Music Beats 1, performed a super intimate live show in Brooklyn that was live streamed across the net (read all about the shoe here now!). Now, to round out the trifecta of news and events from the band, frontman Win Butler recently sat down with Beats 1’s Zane Lowe in Montreal to talk all things Arcade Fire.

The interview took place inside Butler’s own Haitian influenced restaurant Agrikol while the two sipped on Rhum Sazerac’s, a speciality of the bar. As is always the case with Zane Lowe, the lengthily interview hits on more than just the bands new album, like Montreal and New York in the 70s, David Byrne, David Bowie, U2, and the Pixies, how we consume media, and much more!

The most interesting was Win’s response to the musical inspiration behind the album and the comparisons to ABBA that have been made and observed. Win’s response is rather intriguing, saying:

“I mean ABBA has always been [an influence]. I mean like ‘Sprawl II’, ‘Tunnels’ is kind of us trying to do ABBA. Yeah it’s definitely an influence. I would say like New Order, Pixies, Neil Young, ABBA like they’re all pretty essential influences from the get go.”

So there you have it from the horse’s mouth so to speak.

Want more? Then click the video link below and get ready for 40+ minutes of amazing Arcade Fire knowledge!