Yves Jarvis Shares Video For “At the Whims”

Yves Jarvis is a truly prolific artist and has been making dreamy experimental guitar music for many years now (formally under the name Un Blonde & more recently with the Tasseomancy related side project Lightman Jarvis Ecstatic Band) and with each release, we sink deeper into his eccentric yet comforting wold. Multi-times Polaris Music Prize-nominated, Yves Jarvis cites a wide range of influences from David Bowie, Yes, Fleetwood Mac, Harry Nilsson and beyond. Fans of Devendra Banhart should catch up on Jarvis’s thick collection of psychedelic folk, as should fans of Andy Shauf (who Jarvis just finished a large tour with) for Jarvis’s unique storytelling perspective. The music Jarvis makes refuses to be blocked into any particular box or category. Simply consider it big vibes.

Now we enter into the era of Yves Jarvis’s fourth studio album, The Zug, coming out May 13th 2022 (on Flemish Eye and ANTI- Records) and like much of Jarvis’s work the album is entirely self-produced. The album title nods in short for “Zugzwang,” a situation found in chess and other turn-based games wherein one player is put at a disadvantage because of their obligation to make a move. That said, we are the ones with an advantage with these rad new tracks of his filling our ears and our hearts. Following “Prism Through Which I Perceive” (video by Chad VanGaalen) and “Bootstrap Jubilee”, the latest single “At The Whims” depicts “the arc of civilization,” as Jarvis explains…

“From our genesis to our self-realization (‘..We’re not at the whims! We’re out on the fringe!’), humanity’s insatiable conquest (‘Unprecedented unfolding, out from their holdings and into the fray’) resulting in our ‘rise’ the fervid leap from 0 to 1 that sets society’s wheels into motion and ‘the fall of an empire’ that looms across all epochs.

Punctuated by the contemporary individualist, nihilist narrator, (‘Prospect in front of me is void and empty’) only to be usurped and outnumbered by the enlightened and life affirming post-chorus of ecstatic ‘YEAHs’. A bullish acoustic strum anchors us to the earth while harmonics wail mightily from above, evoking a desert sandstorm, while the lyrics are inspired by the poetic depth of Bob Dylan.”

Listen to “At The Whims” and check out the video Yves Jarvis self-directed of himself dancing in the desert above + Check out the album art and tracklist below and pre-order or pre-save The Zug here. 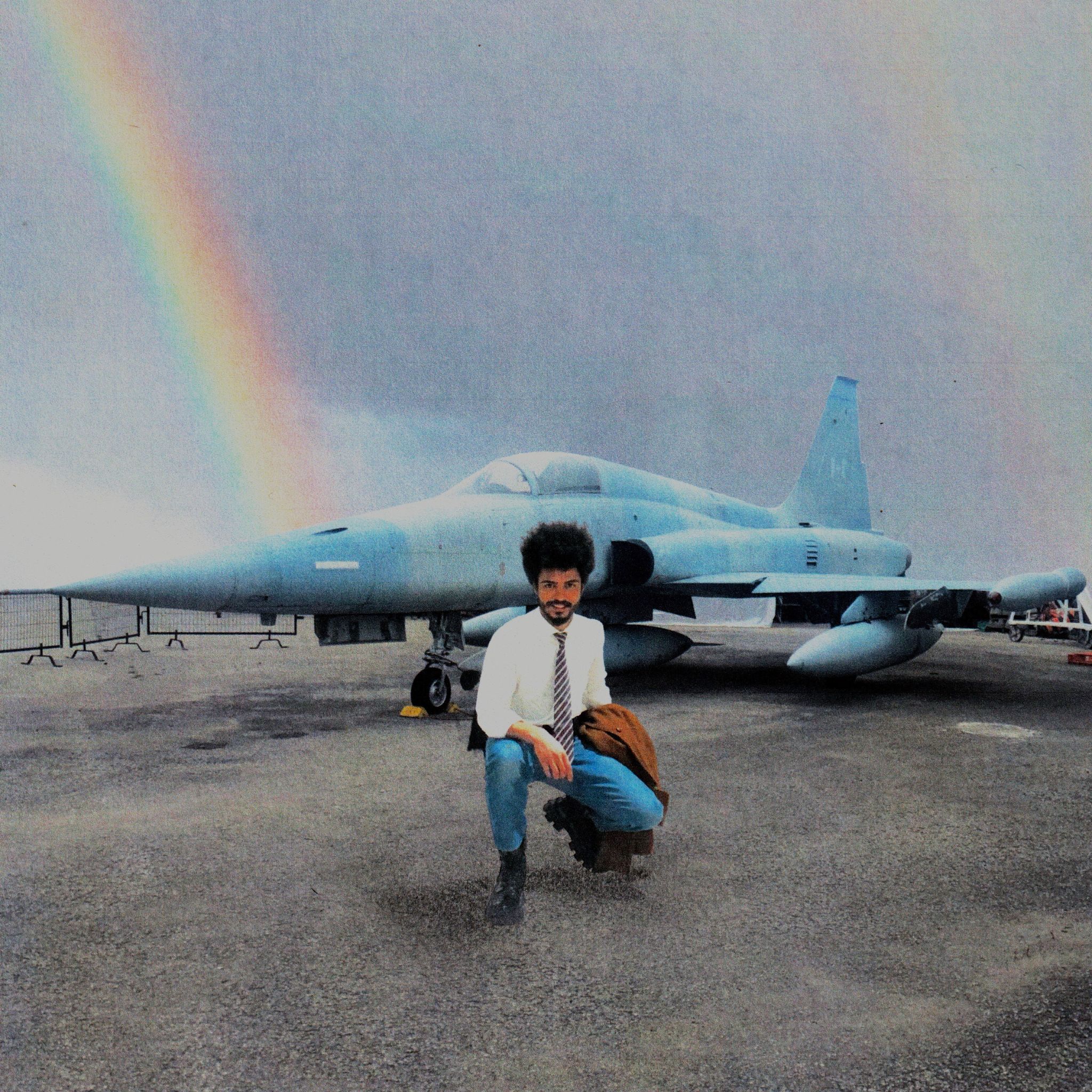