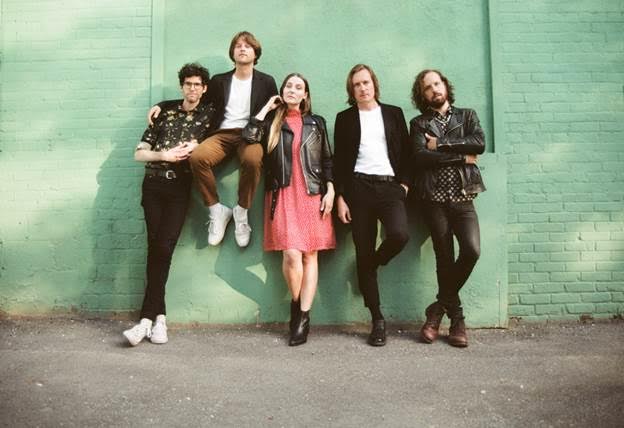 After Vancouver-based indie rockers Yukon Blonde wrapped up their final European tour in support of their most recent record, 2015’s On Blonde, they weren’t quite ready to come back to Canada – so they didn’t.

Frontman Jeff Innes planted roots in Madrid, Spain where his four other bandmates would sporadically come join him to help write new material. Over time spent in the gardens of the El Retiro and beers shared at Restaurante Padron, the synth-driven songs “Crazy” and “Emotional Blackmail” were brought to life.

“The idea for the song came about just before a show in Munich at the end of the tour. I was just outside of the club and I could hear the rest of the band sound checking one of our songs. I had the chords mixed up in my mind so it sounded like a completely different tune. As I was humming this melody outside, I was simultaneously trying to think of what to say to defend my slightly erratic behaviour to a girl I had met in Spain. And so as I was writing to her, I ended up writing the lyrics to the song.”

Produced by the band themselves and Steve Bays (Hot Hot Heat), the tracks are available now on clear, 10″ vinyl.

Listen to “Crazy” and “Emotional Blackmail” and see below for Yukon Blonde’s upcoming shows.