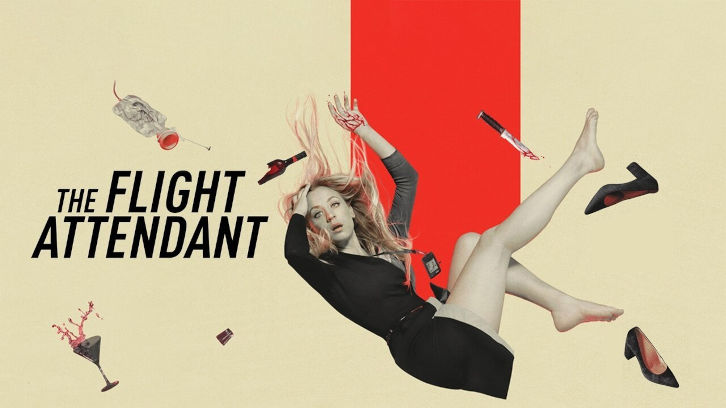 The year is closing out, but that doesn’t mean shows are signing off. On the contrary, friends, December is a busy month when it comes to programming, where new series are launching alongside select film premieres—and we’re here for it. It might be a bit of a drag to try to pinpoint what shows you actually get based on the many, many, and soon to be more (i.e. Discovery+) streaming services you need to have. Still, there are plenty of options, some better than others, so here’s a narrowed down selection of choices for you to try out.

Here’s a dark, comedic, mystery, thriller series for you to get into. It’s frantic and exciting, which perfectly describes Cassie Bowden, the lead character played by Kaley Cuoco. Cuoco is a hard-drinking flight attendant that lives in the moment. Unfortunately, one of those moments involves her waking up after a late-night rendezvous only to see her date murdered beside her. She is faced with making a quick exit, lots of questions, and an increasing police presence that suspects she did it. We’re now into episode four, which comes with family drama, more clues as to what people are hiding, as well as another death (possibly two).

Expect a lot of hilarity thanks to dynamism between Cuoco and her co-stars, which is particularly seen with her friend and lawyer, Annie Mouradian, played by Zosia Mamet from Girls. The Flight Attendant is a pleasant surprise that keeps you on your toes, especially with the flashbacks to Bowden’s childhood. There’s also cuts of her speaking to the now dead man, which makes for some eerie but also fiery scenes. Cuoco has successfully stepped away from her previous life as “Penny” on The Big Bang Theory, moving into a deeper personality that does not feel put on. She also serves as an executive producer.

What if an artificial intelligence selected you as a subject of observation? Would you be ready? Scared? This is what happens to Carol Peters (Melissa McCarthy), whose corporate executive life, one that comes with little excitement, is upended and soon becomes riddled with instruction. The movie is directed by Melissa McCarthy’s husband Ben Falcone, marking the fifth collaboration between the two. James Cordon and Octavia Spencer serve as the voices behind the AI device monitoring Peters. Bobby Cannavale is also among the roster, playing Carol’s sought after love interest. The movie is streamed exclusively on HBO Max.

Let Them All Talk

Alice (Merryl Streep) is an acclaimed writer that has people waiting on her new manuscript that she is sort of trying to finish. Her agent Karen (Gemma Chan) asks to meet in person in England to discuss. Since Alice doesn’t fly, she is booked aboard the Queen Mary 2 ocean liner instead, bringing friends Roberta (Candice Bergen) and Susan (Diane Wiest), and her nephew Tyler (Lucas Hedges) aboard. But what the group doesn’t know is that Karen is on the vessel in hopes to figure out what is really going on with the manuscript. The film, directed by Steven Soderbergh, is receiving positive reviews.

Holidate delivers the cheer in a hilarious, quirky, blunt, and cheesy way. The premise: everyone needs a date for holidays, one that comes with no commitment. And following the celebration, that date is nothing more than a mere distant memory. But what if you start falling for your plus one? This is what happens between Sloane (Emma Roberts) and Jackson (Luke Bracey) when they get involved with each other, first as mere dates to a party. The hilarity that Kristen Chenoweth (Susan) presents as Sloane’s zany, flirty, carefree aunt is worth the watch alone. It’s a few months old but still better than many of the other selections available on Netflix right now.

The Mystery of D.B. Cooper

It is still the only unsolved air piracy case in U.S. history. The Mystery of D.B. Cooper tells the story of D.B. Cooper, also known as Dan Cooper, who, in 1971, hijacked a plane that was headed from Portland to Seattle, demanded a ransom of $200,000, got it, and then parachuted out of the plane. He was never found. The new documentary revisits the case, digging deeper into the findings while speaking with a selection of people who claim they know who D.B. Cooper was. Some are wild accounts. Writer/director John Dower speaks with these folks, including a woman who claims Dan Cooper was her late husband. She said that he revealed he was the hijacker while on his deathbed. Another woman, Marla Cooper, believes her uncle was the offender. It’s a great mystery that is still being discussed today.

Bryan Cranston is back on TV, this time as a respected New Orleans judge named Michael Desiato. Desiato gets hit with a bombshell when hearing that his son Adam (Hunter Doohan) was involved in a hit-and-run. The judge must protect his boy at all costs. The first episode comes with a great build, showing the slow moments following the accident,  the teen washing the blood off his clothes, and the relaying of the story to his father who says he must never tell a soul. The 10-episode legal thriller also includes a vicious organized crime family that isn’t going to let things go. Luckily, the judge has connections.

John C. Reilly, Tim Heidecker, and Fred Armisen star in this comedy about three astronauts who are working to qualify for their first lunar mission for NASA. It comes from the team from Portlandia, so expect a similar dry wit style. These astronauts are set to solve problems, testing one another amid daily squabbles while getting visits from the likes of Elon Musk’s SpaceX hopefuls. It’s pretty obvious they aren’t going to launch into orbit based on their incompetence.

The popularity of this show is hard to overlook. Since its release, The Queen’s Gambit has produced encouraging sales for chess sets; an 87% jump in the U.S. Chess book sales rose 603%, according to research firm NPD. The show is surrounded around Beth Harmon, a chess prodigy who takes on the top players in the game. It stars Anya Taylor-Joy as Beth. The show, set in the 1960s, is based on Walter Tevis’ 1983 novel by the same name. Here’s a great example of how pop culture can influence commerce. It’s also Netflix’s most-watched scripted limited series to date, according to Netflix. 62 million member accounts tuned in within the first 28 days of its release.