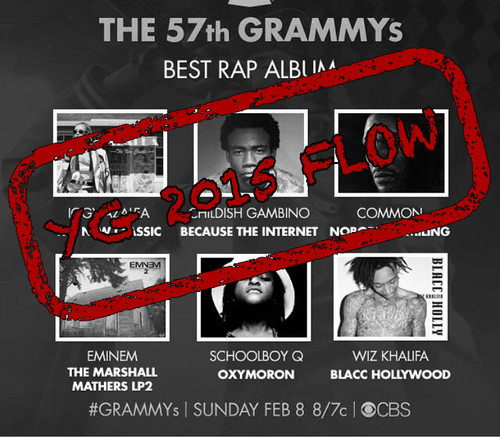 After the Grammy nominations were announced last week, West Coast rapper YG’s critically-acclaimed debut My Krazy Life was not mentioned. Feeling snubbed, the Compton rapper dropped a track off his upcoming soundtrack Blame It on the Streets, “2015 Flow.”

Rapping over the DJ Mustard-produced beat, YG keeps it real.  Blame It on the Streets will be released December 15 and includes a 30-minute short film, which he stars in and co-wrote, as well as a nine-track album featuring DJ Quik, Nipsey Hussle, Mack 10, and more.