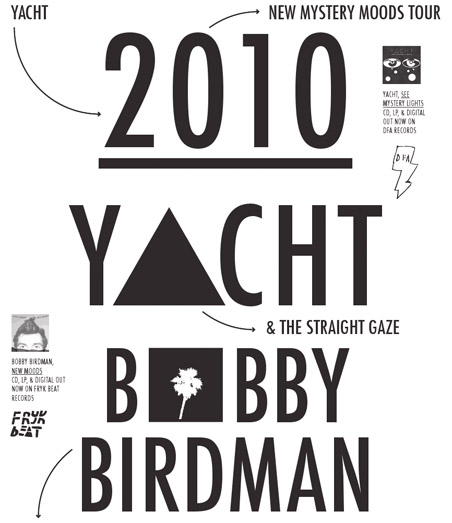 Electronic pop group YACHT are set to begin their domination of North America, as they start to tour their 2009 album, and Sidewalk Hustle’s number two album of 2009, See Mystery Lights in the coming months. For their lengthy trek across the continent the duo of Jona Bechtolt and Claire L. Evans have recruited the help of the three-man crew of Bobby Birdman, who will also be the tour’s opening act, Adam Forkner of White Rainbow, Jeff Brodsky, and Reuben Snyder, who will perform under the name of “The Straight Gaze”. The adding of a live band to the tour can only mean great things, as the awesomeness of the album will be magnified on stage.