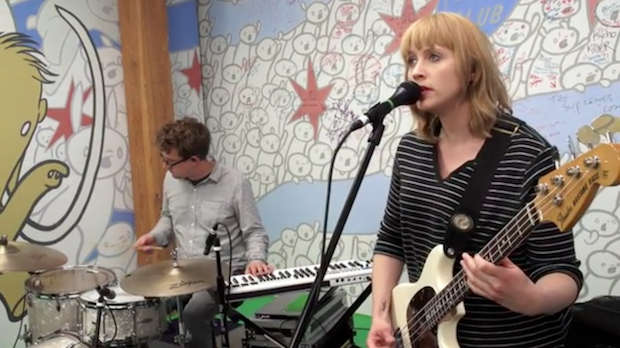 Our favourite Beach House replacements Wye Oak stopped by the A.V. Club to do a cool cover of an artist we’ve often thought they sounded like, Kate Bush. They were lucky enough to be the fifth band to stop by the A.V. Club, so they had a fair few tracks to pick from. Watch their beautiful version of “Running Up That Hill” right now, which we’ve heard they often play live.