Over the weekend, the Sidewalk Hustle team headed up to Oro-Medonte, an hour or so north of Toronto, for the first annual WayHome Music and Arts Festival. Although we were there covering the music side of the line up (Day 1, Day 2, Day 3), we were also there to make some classic moments with the Reebok Classic Canada team.

Decked out in fresh white kicks and super cool Reebok Classic’s gear, we hung out in between sets at the Reebok activation near the WayBold stage. There Wayhomies could scan their RFID wristbands for a chance to score a pair of classic white kicks to paint, splatter or customize right there at the booth while listening to the DJ spin some tunes. We also had some fun tossing around bean bag and playing ping pong with our friends. By the end of the weekend we saw some pretty cool customized kicks running here and there at the festival and we were really impressed by the dedication and attention to detail people put into them.

Up on the second level… yeah the second level, was a killer lounge which offered up a breezy view of almost the entire festival grounds and a very privileged view of the WayBold tent. Whilst chilling or hiding from the sun under the canopy, Reebok busted out some of their rare classics and put them up on display. There was even a pair of the limited edition Kendrick Blue & Red Ventilators.

The real treat of course was since Kendrick Lamar is a brand ambassador with Reebok, and was headlining the Saturday, we had the chance to meet with and talk to the Compton rapper backstage before his set #MyClassicMoment. Then of course K.Dot took to the stage and threw down a solid hour and a half of incredible hits, running through his solid discography of music, giving the gathered masses just what they wanted. Some good music while rocking his limited edition Blue & Red Ventilators. 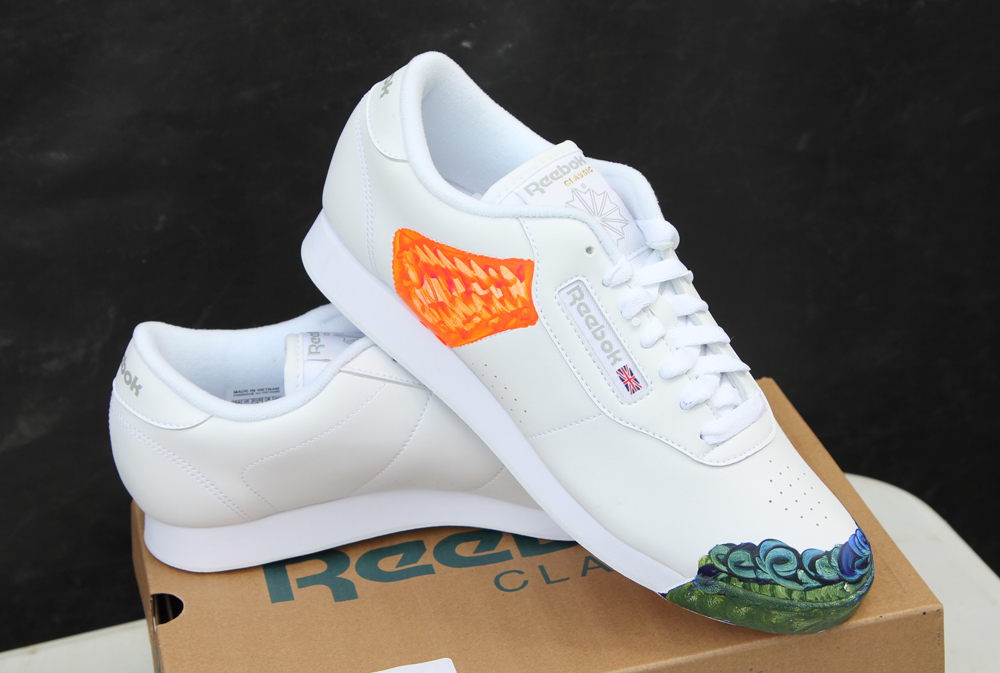