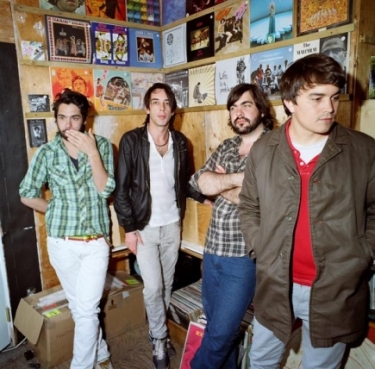 On Wednesday April 7, Sidewalk Hustle attended the highly anticipated, and long overdue live performance by Canada’s own Wolf Parade. The show was amazing! An hour and forty minutes of music, showcasing a slew of new tracks from their forthcoming album Expo 86, as well as an equal amount of classic gems. Generally speaking I am not the biggest fan of new tracks being debuted at a live show, because it is hard to rock out, but the boys from Wolf Parade really know how to make music! Not only are the songs hard hitting, but also more “uptempo” than the 2008 At Mount Zoomer, and heavily influenced by eighties new wave synth. There was even an unexpected song performed by the audience when Spencer Krug called his mom to wish her a happy birthday, and everyone sang to her…. awwww cute!

Checkout the video below of a new song entitled “Fast Ballad,” shot by JD at Media Party.