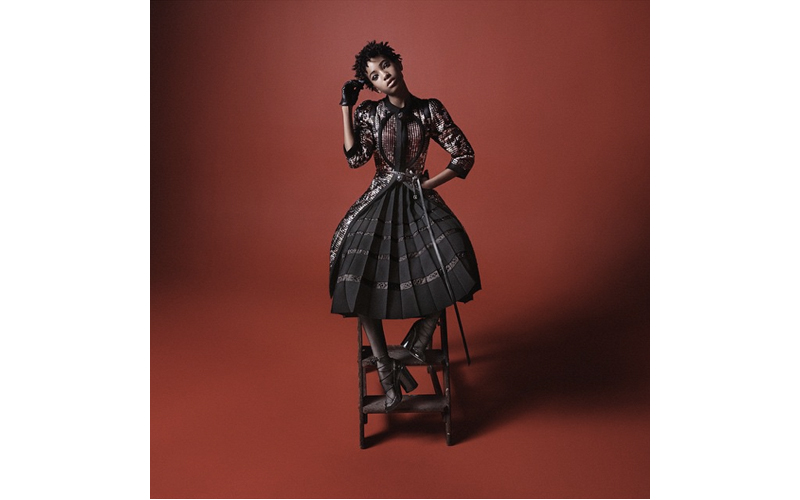 Our favourite underage singer and musical prodigy, Willow Smith, is well on her way to being all grown up.  The 14-year-old singer and actress can now add model to her resume after being tapped to be the new face of Marc Jacobs Fall/Winter 2015 collection. The first picture from the upcoming campaign was photographed by David Sims, and features Smith sitting perched on a ladder in a black skirt and sequined top giving off a very goth-inspired vibe.

Willow will appear alongside CHER, who was also announced as part of the Fall/Winter 2015 campaign. See both campaign announce images below .

Ever since our first Juergen Teller ad in 1998 which featured Kim Gordon on stage wearing my dress, I have always preferred collaborating with the people who inspire me to give new life to the clothes we show on our runway. Over the years we have photographed an incredibly diverse and exceptional group of talented friends and individuals who I greatly admire: Victoria Beckham, Jamie Bochert, Jarvis Cocker, Sofia Coppola, Miley Cyrus, Dakota Fanning, William Eggleston, Jessica Lange, Jennifer Jason Leigh, Stephen Malkmus, Samantha Morton, Kate Moss, Charlotte Rampling, Winona Ryder, Stephanie Seymour, Cindy Sherman, Michael Stipe, and Rufus Wainwright, just to name a few. Beauty, style and talent know no age. It is those individuals whose creativity, unique vision, and voice inspire all of us here to create and express ourselves through our medium: fashion. Photographed by David Sims, this season’s ads feature friends, each of whom evoke a sense of intrigue and inspiration and collectively provoke a true consideration for individuality. Here today I would like to share (not CHER) with you first, the talented, stylish and charming Willow Smith @gweelos Stay tuned over the coming weeks for more…

The amazing and beautiful CHER! Photographed by David Sims for our Fall/Winter campaign.. This is just the beginning…. More to come!!