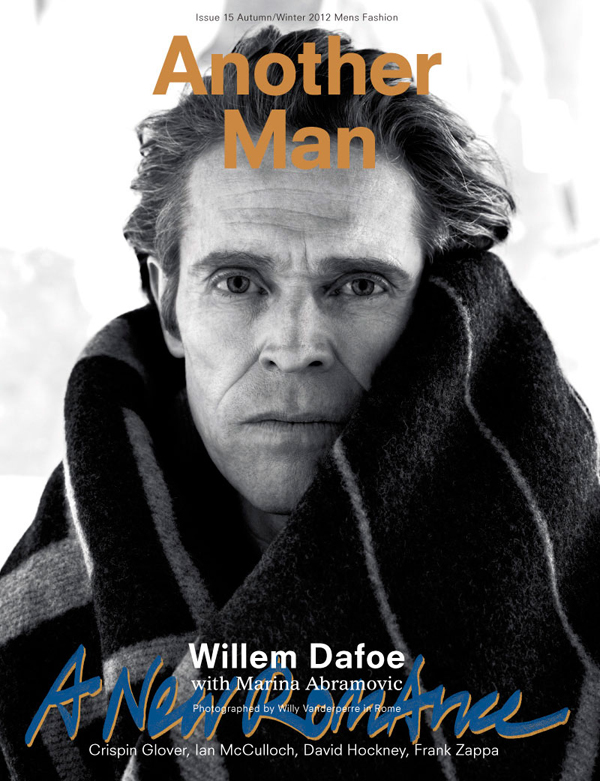 Distinguished actor Willem Dafoe graces the cover of the Fall/Winter 2012 issue of AnOther Man. Photographed by Willy Vanderperre wearing a luxurious piece from Louis Vuitton’s Fall/Winter 2012 collection, the actor strikes a formidable pose. As the cover star of the issue, titled A New Romance, Dafoe takes on the role of a modern Byronic hero. Captured  below is a behind the scenes video of the shoot accompanied by Echo and The Bunnymen’s haunting ballad “King of Kings” and filmed in Castello della Crescenza in Rome.

The Fall/Winter 2012 issue of AnOther Man is on sale now, and you can read the full editorial here.