Will Bianca Andreescu be the new dominant force in Tennis?

Teenage sensation Bianca Andreescu has declared that she is surging with confidence as she prepares to seize further silverware in the months ahead. The 19-year-old Canadian has soared up to fifth in the world rankings after beating Serena Williams in the US Open final on September 7. It made her the first player born in the 2000s to win a Grand Slam, and suggested that she has a glorious future ahead of her. Andreescu said the win would give her “momentum and confidence” as she bids to win the upcoming China Open and then add to her tally of Grand Slams. 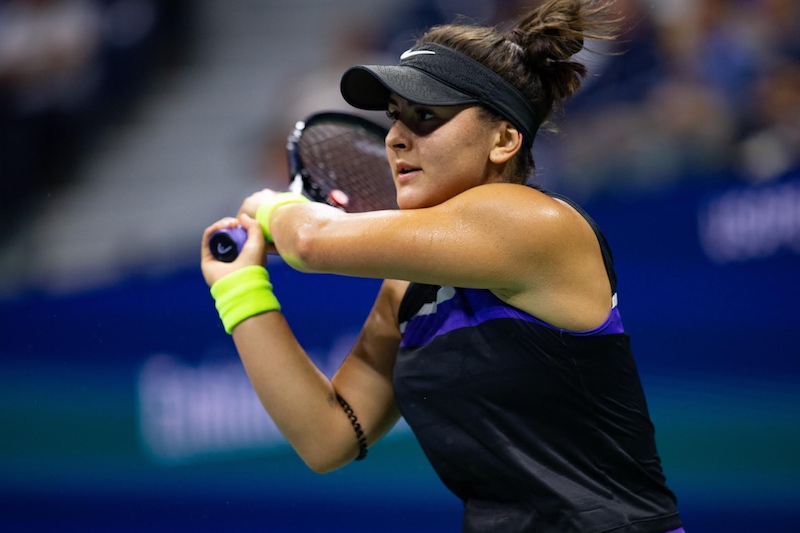 NEW YORK, NEW YORK – SEPTEMBER 04: of during his match against of on day ten of the 2019 US Open at the USTA Billie Jean King National Tennis Center on September 04, 2019 in the Queens borough of New York City. (Photo by Mauricio Paiz)

The best sportsbooks in the business now make her the second favorite to win the next Grand Slam – the Australian Open in January – behind only Williams. Yet she should not fear the 37-year-old American after beating her convincingly in the US Open final. It was a fourth consecutive defeat for Williams in a Grand Slam final, and that trend has sparked a great deal of optimism among the younger generation.

It is a total contrast to the men’s game, where veterans Rafa Nadal, Novak Djokovic, and Roger Federer continue to dominate every major tournament. The women’s game is alive with excitement, unpredictability, and vitality, and every event feels wide open. The four Grand Slams in 2019 went to four different women, and the same was true in 2018 and 2017. In the past three years, the only multiple winners are Simona Halep and Noami Osaka, with two apiece.

There has not been a dominant force in the women’s game since Williams announced she was pregnant in 2017. Many fans are desperate for her to cement her status as the greatest tennis player of all time by seizing another Grand Slam, but that might not happen. Most players have long since retired by the age of 37, and the vast majority of them have not been through childbirth. She is a marvel, but it is time for a passing of the torch.

There may never be another player like Williams again, and unpredictability may reign for years to come. But Andreescu has suggested that she has the potential to be the next big thing. There are many exciting rival contenders, including Osaka, Halep, Ashleigh Barty and Coco Gauff, but Andreescu might just be the best of the bunch.

Martina Navratilova said she boasts the variety of Martina Hingis, but with more power. Caroline Wozniacki compared her to Kim Clijsters after losing to her at the US Open. That is high praise indeed. Andreescu cited Clijsters, a four-time Grand Slam winner, as an inspiration when she was growing up. She does have echoes of both Clijsters and Hingis, but she brings her own unique style to the court. Her aggressive cross-court strokes make her exciting to watch, and she always seems to keep her opponents second-guessing. She threw in a number of devilish drop shots during her charge to glory at the US Open, and she was pulling experienced opponents all over the court with her variety of shots.

She has the opportunity to really capitalize on the power vacuum that now exists at the top of the women’s game. She is already the first woman to win the US Open on her debut appearance, and she has every right to be full of confidence as she approaches the Australian Open. She is third in the betting to win the French Open, behind only Williams and defending champion Barty, and fourth in the early odds on Wimbledon 2020. If she continues on her upward curve and does not get swept up in the trappings of fame and fortune then she has every chance of racking up many more Grand Slams in the years ahead.