Why you need to visit The Beer Shop, Liberty Commons at Big Rock Brewery

Few can deny the recent explosion and proliferation of craft beer over the past few years. The once stark utilitarian landscape of beer in Canada has blossomed into a unique industry and culture for innovation and experimentation. As people explore flavours and ingredients in ways never thought of before, we the consumers, find ourselves at the receiving end of more amazing brews than we ever thought possible.

One of the brands that has led the charge of craft beer in Canada is Big Rock Brewery. Having made its name in the mid-80s with their three delicious European-inspired beers differing in taste to the big guys, Big Rock has cultivated a fan base of folks who truly love craft beer. With breweries in Calgary and Vancouver, Big Rock decided to make its way out East to Toronto last year.

It is at the Big Rock brew pub where new flavour innovations are being created, tested, and of course, enjoyed by many. Under the watchful eye and unique palette of Brewer Dan Ellis, Big Rock continues to play a leading local role in the world of micro brewing . 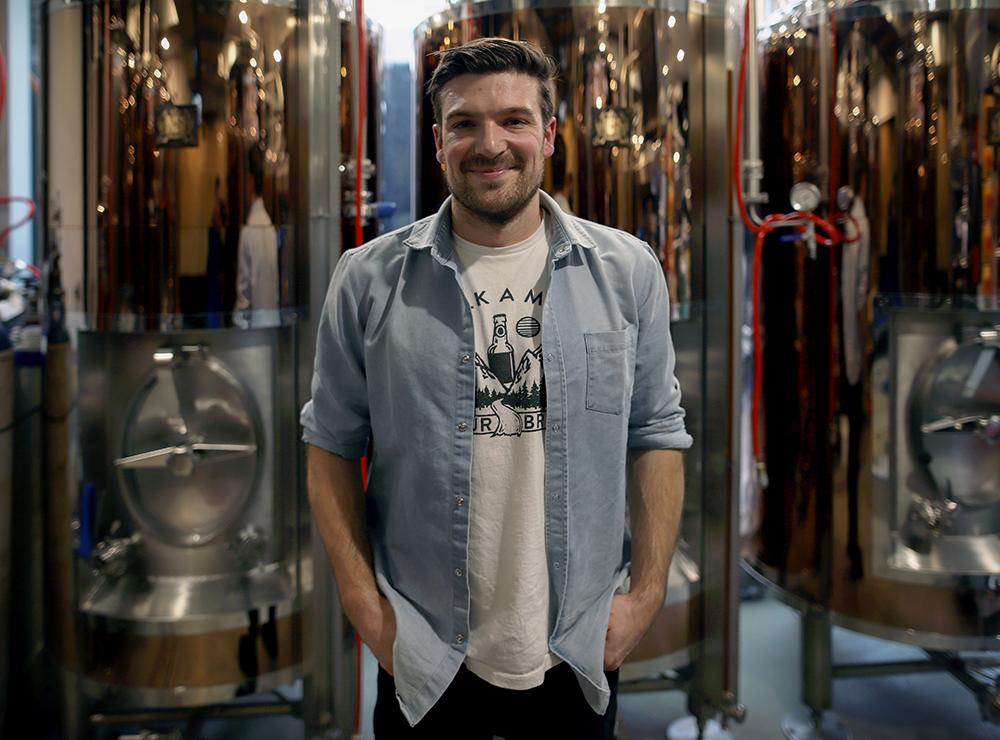 We had the chance to chat with Brewer Dan a couple weeks back at the Big Rock brew pub in Liberty Village to chat about his origin story and what drives him to be a wizard of beer.

Check out our chat below.

SH: Where did you grow up and how did you get into brewing?

Dan Ellis: I grew up in the Kawartha Lakes until it was time to move away for university. I went to the University of Guelph where I studied Nutrition and Nutraceutical Sciences and that’s where the brewing started. Product development was a part of my program there, and it was the part I enjoyed the most. Once I learned I had an affinity for creating new food and beverage products, homebrewing was a logical hobby to take up.

SH: What led you to Big Rock?

DE: I had been a Big Rock fan for quite a while. You don’t start a craft brewery in 1985 and grow to be one of the largest and most successful craft breweries in the country for no reason. When I saw that Big Rock was expanding its operations to Ontario with a new production facility and a brew pub in Liberty Village AND that I would be able to join while the breweries were still under construction – to me, it was a perfect situation.

SH: Tell us about your origins with the brand and how your role evolved.

DE: I initially applied to be the Brewer at the Etobicoke production facility that was still under construction. It was during this process that I met Connor Patrick, the Ontario Brewmaster. He had recently relocated from Calgary to Toronto, and we just hit it off. We shared a lot of the same opinions on beer and approaches to brewing. I was very fortunate Connor gave me the opportunity to start my career in brewing!

After spending time brewing our signature brands (Traditional Ale, Grasshopper, Citradelic, Pilsner, Rhinestone Cowboy, etc.) on a large scale in Etobicoke, Connor asked me if I would have interest in moving to Liberty Commons at the Big Rock brew pub that was set to open in a couple of months.

While I really did love the challenge of brewing time-tested recipes on the big system in Etobicoke, it was a no brainer for me to accept the offer. At the brew pub, there’s the chance to be creative with every brew and then simply walk down the hall to the dining room to see how the beers are received. 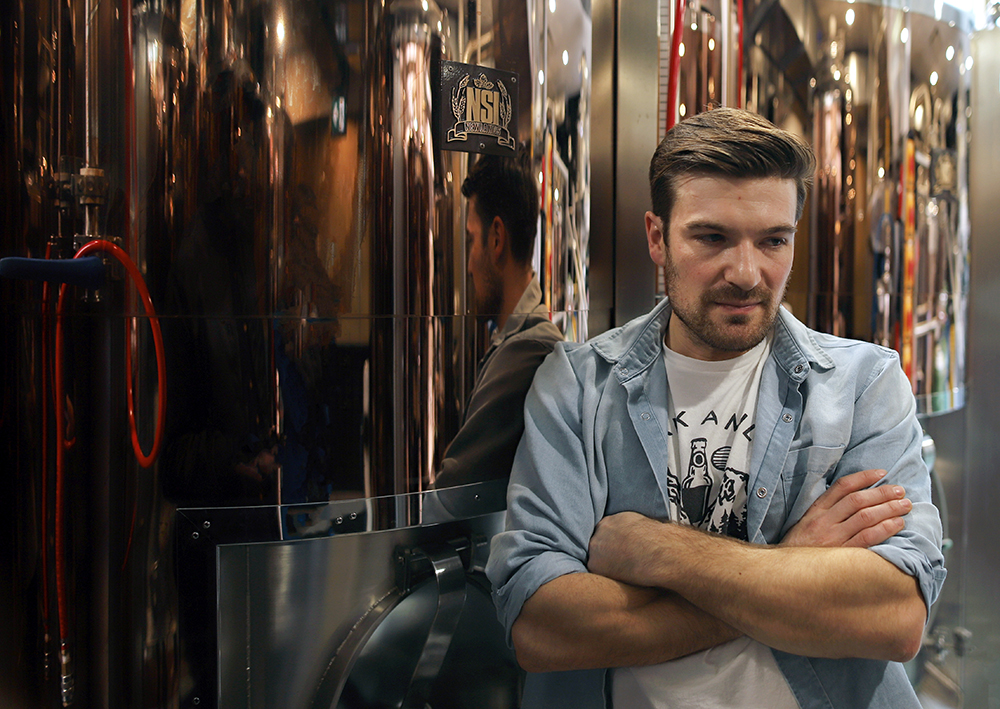 SH: What are some of the great wins from this access to diverse ingredients? We hear you’re working with some exotic mushrooms right now…

DE: Yes! That one was a collaboration with Executive Chef, John Horne at O&B. We had worked together on one other beer, which was a spruce tip gose style, so slightly sour. He hooked me up with some fresh spruce tips, which are surprisingly citrusy, so they went well with that style of beer.

Anyways, the latest brew was a chaga nitro stout. Chaga is a black crusted orange fungus that grows off birch trees. It imparts earthy, caramel and mocha type flavours. It was a fun brew! This beer will be featured during Winterlicious, as part of the set menu at Liberty Commons which runs till February 8th.

SH: How do you keep it fresh? Where do some of your best ideas usually come from?

DE: As far as keeping it fresh goes, I don’t think you can ever go wrong letting the seasons guide what sort of ingredients you might work into your brew.

Where do the best ideas come from? That’s a good question. I think it’s important to experience as many different flavours as you can – be it in food or in drink. The more informed you are, the more able you are to use your knowledge and apply it to beer.

SH: How is the beer drinkers’ experience different here to other pubs?

DE: To be honest, it really is a hub for collaboration between the kitchen and the brewery. The food Chef Ryan is creating is next level, and on the beer side, we try and keep it as interesting as we can. To this point, every brew on the nano taps is something new, so you know you’ll always find something different that you haven’t tried before.

SH: What are some of the most exciting beers you’re working on right now?

We also have a haskap berry sour on tap right now. Haskap berries are like a raspberry, blueberry and currant hybrid. They are also considered a superfood, due to their high nutritional value.

SH: What have been some of your favourite beers so far?

DE: The spruce tip gose was really good. We did another one that we named Twisted Steel and Grapefruit Peel, which was an American pale ale with steel-cut oats in the mash with grapefruit peel and grapefruit-forward hops for summer.

SH: Have there been any beers that have gone wrong?

DE: In a space like this, you must walk the line. When it comes to innovating and experimenting with ingredients like chaga, you want to push the envelope, but it does need to taste good.
There are certain beers, that if I were to brew them again, I would change certain things about them, but I think that’s completely normal – it’s what craft brewing is all about. 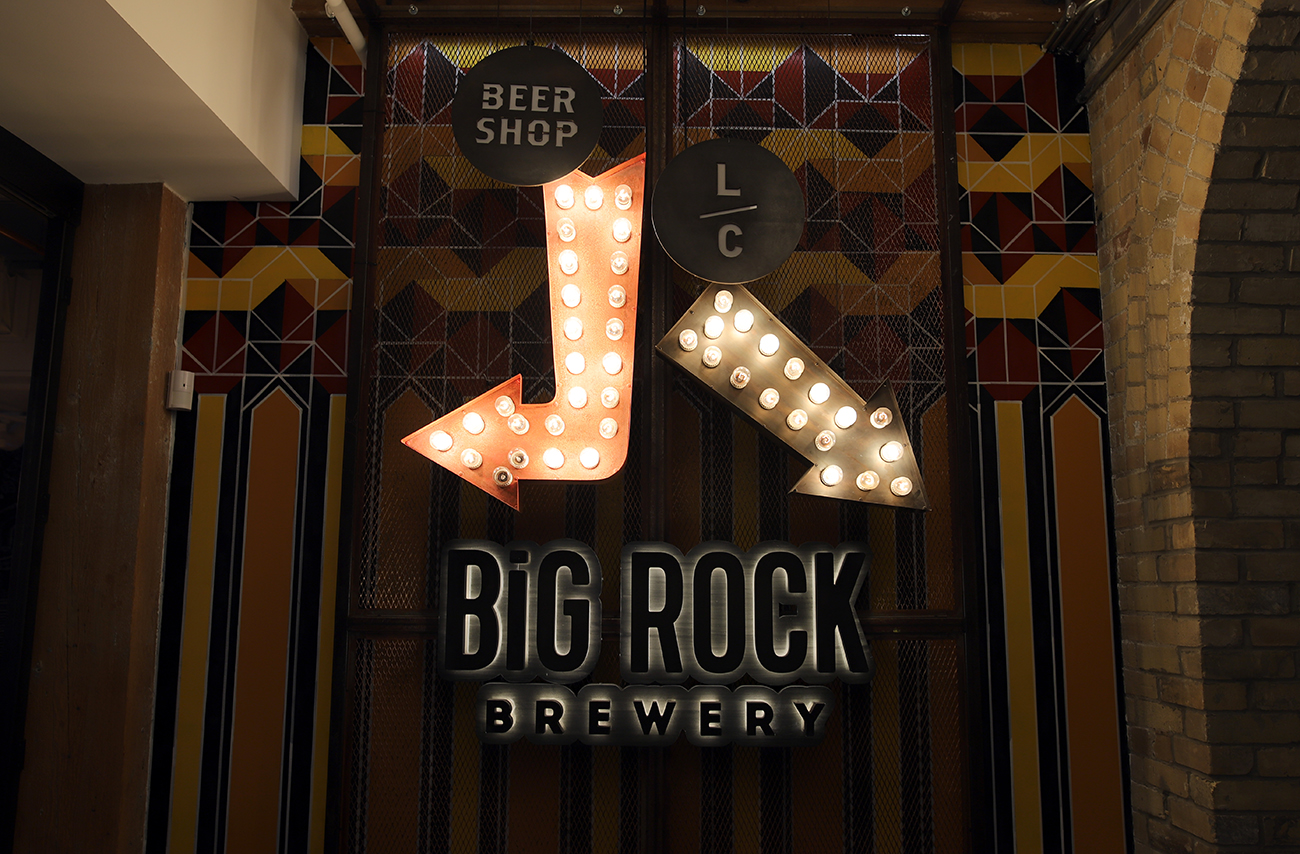 Be sure to drop in and taste some of Dan’s brews at Big Rock’s Liberty Village location, Liberty Commons at Big Rock Brewery. You might just run into Brewer Dan while he’s working on his next brew.

You can buy pints or beer to-go in the main floor Beer Shop or taste your way through the entire line-up (paired with amazing food) downstairs in the restaurant. Additionally, Big Rock products are available at liquor stores across Ontario.

*This post was sponsored by Big Rock Brewery, however all opinions express here are our own.