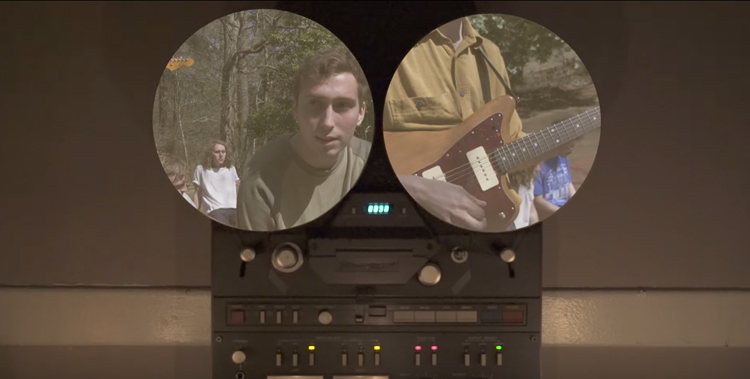 Early this year we fell for Chicago act Whitney and their track “No Woman,” and now we have more Whitney goodness to look forward to. The band, formed by vocalist/drummer Julien Ehrlich (formally of Unknown Mortal Orchestra) and guitarist Max Kakacek (ex-Smith Westerns), have announced details for their upcoming debut album and released a new track titled “Golden Days” plus a self-made video to match.

“Golden Days” is the second single from Whitney’s upcoming album, titled Light Upon the Lake, which is due out this spring. Born out of a cold winter while Ehrlich and Kakacek were living together in Chicago, Light Upon the Lake deals with break-ups and tip-toeing around breakdowns. And the name Whitney? Kakacek explains in a press release…

“We were both writing as this one character, and whenever we were stuck, we’d ask, ‘What would Whitney do in this situation?’ We personified the band name into this person, and that helped a lot. We wrote the record as though one person were playing everything. We purposefully didn’t add a lot of parts and didn’t bother making everything perfect, because the character we had in mind wouldn’t do that.”

Watch the video for “Golden Days” above.

Light Upon the Lake is due out June 3rd on Secretly Canadian, but you can pre-order the vinyl here or grab a digital pre-order via iTunes here.

Catch them live at one of the dates below.