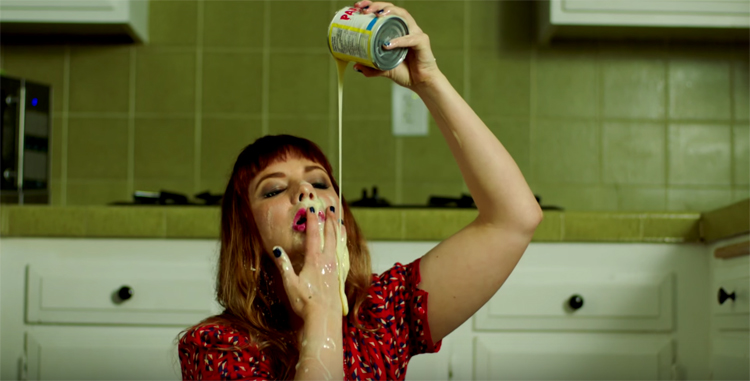 Wanna see Amber Tamblyn cover herself in condensed milk? Then you’re in luck. Vancouver punks White Lung have just announced the release of their fourth studio album, titled Paradise. With this news also brings a rad video for the album’s first single “Hungry”.  The video was written by White Lung’s Mish Barber-Way and Justin Gradin & directed by Gradin. As Gradin explained…

“‘Hungry’ plays with identity and perception, and the idea that sometimes public attention can create more isolation and delusion. The video focuses on a self-obsessed girl (who is barely famous as the model on a brand of canned condensed milk) as she struggles to seem important while being haunted by the ghosts of fame until her eventual epiphany of disposability.”

Check out the video for “Hungry” above.

“There’s this really stupid attitude that only punks have where it’s somehow uncool to become a better songwriter. In no other musical genre are your fans going to drop you when you start progressing. That would be like parents being disappointed in their child for graduating from kindergarten to the first grade. Paradise is the best song writing we have ever done, and I expect the next record to be the same. I have no interest in staying in kindergarten.”

You can read the entire conversation Mish Barber-Way and Kenneth William had with Annie Clark on the White Lung website.

White Lung’s new album Paradise, comes out May 6 on Domino. Pre-order the vinyl via the Dom Mart here or grab a digital copy via iTunes here. Check out the album art, tracklist and tour dates below. 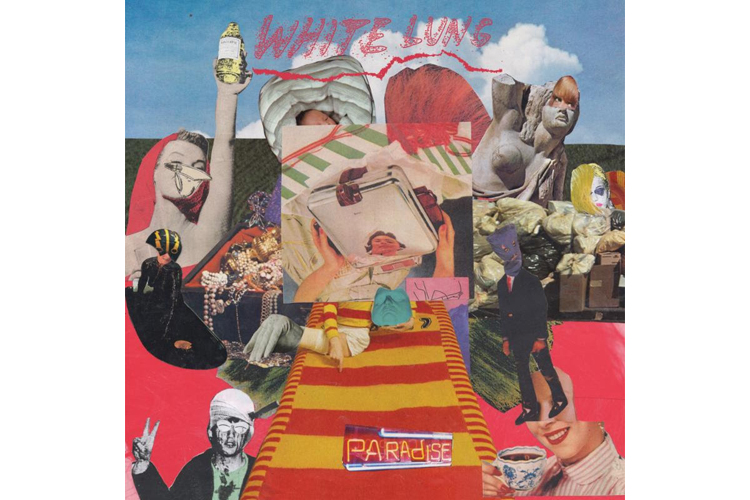