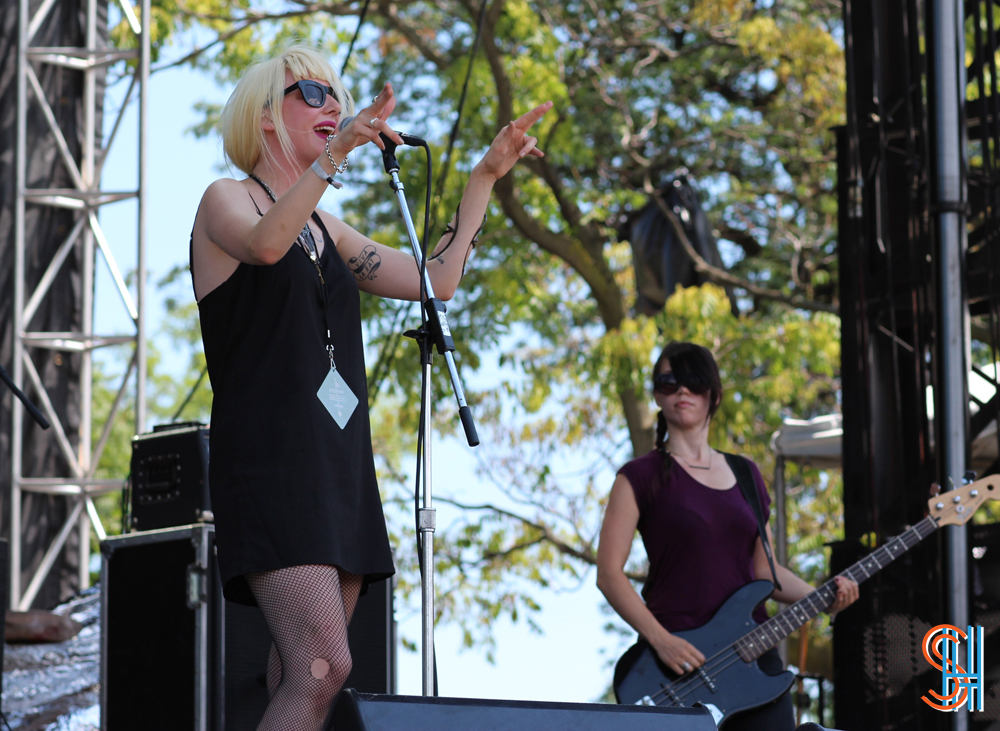 Even though we caught White Lung back in April at Hard Luck in Toronto, but we headed to the festival early yesterday to see what differences we could see in the mid west crowd. Sure enough there was no moshing, just a lot of head banging, and the medium sized crowd overall looked like it was made up of about half big White Lung fans, and the rest newbies who were rightfully entranced by blonde babe lead singer Mish Way.

The Vancouver-based punk band played tracks from both their albums It’s The Evil and 2012’s highly acclaimed Sorry, to a sun drenched crowd. They had a kind of intense energy to them with a lighthearted edge to them and Mish fooled around near the end of the set balancing a water bottle on her head.

Take a look at some of the photos below. 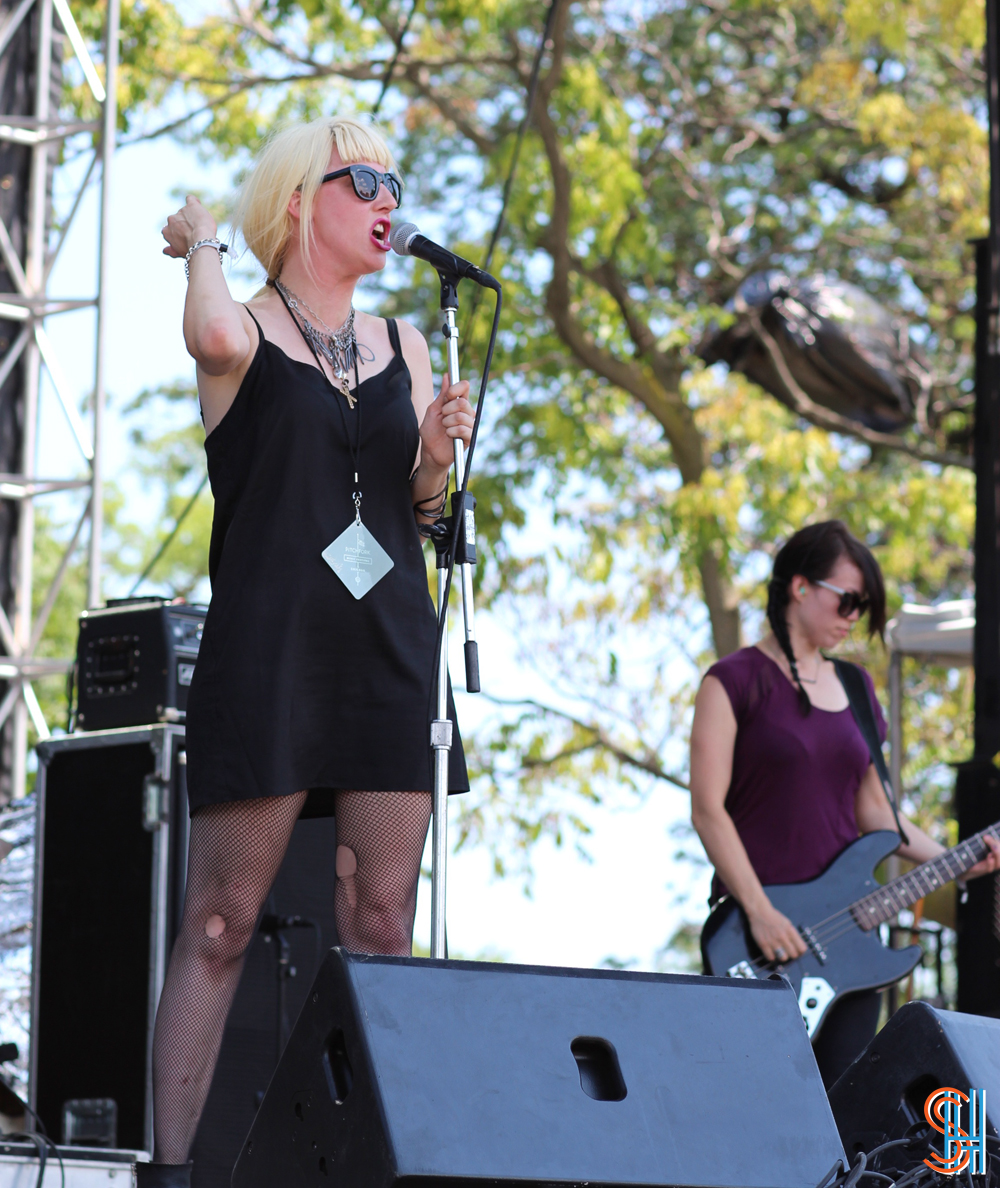 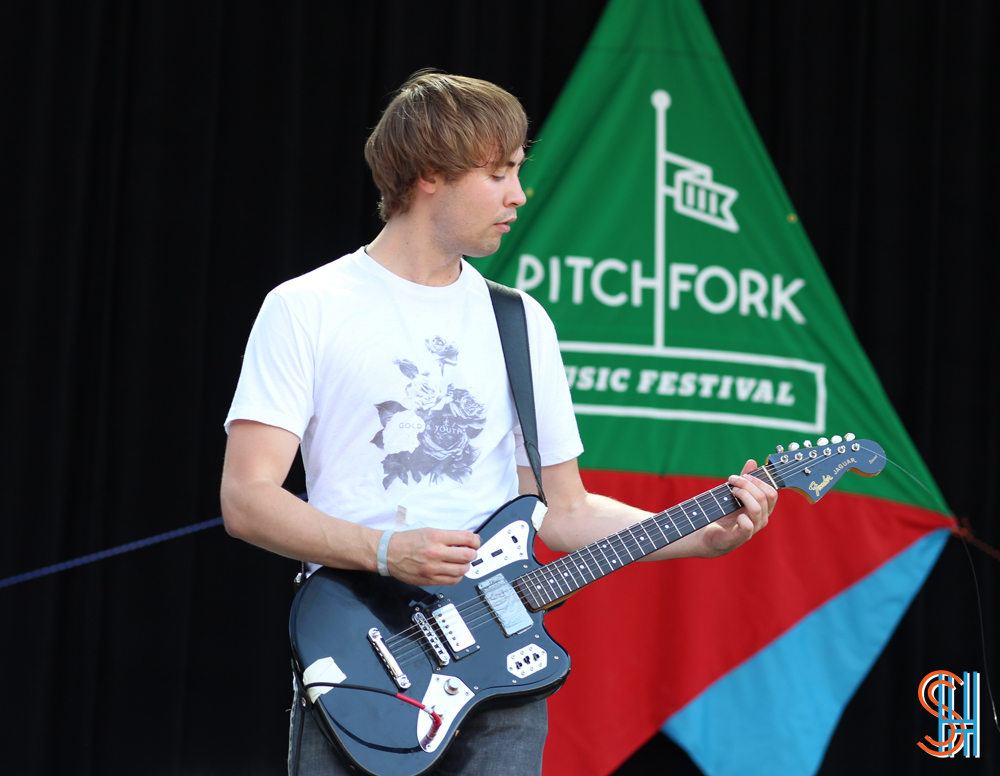 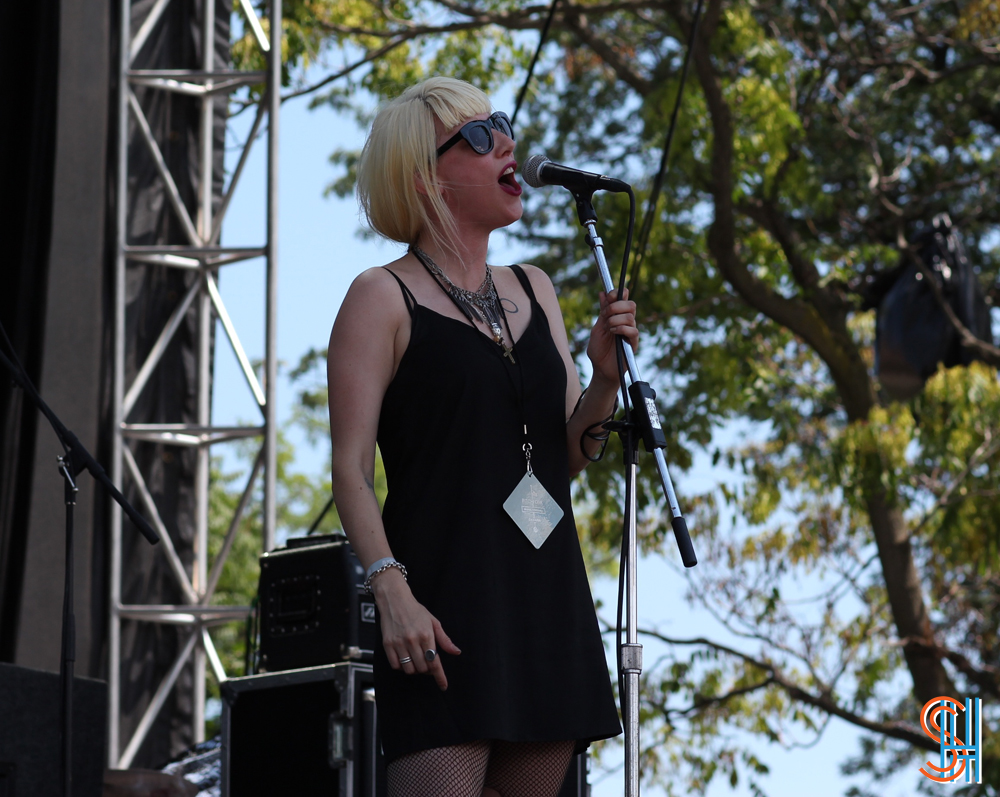 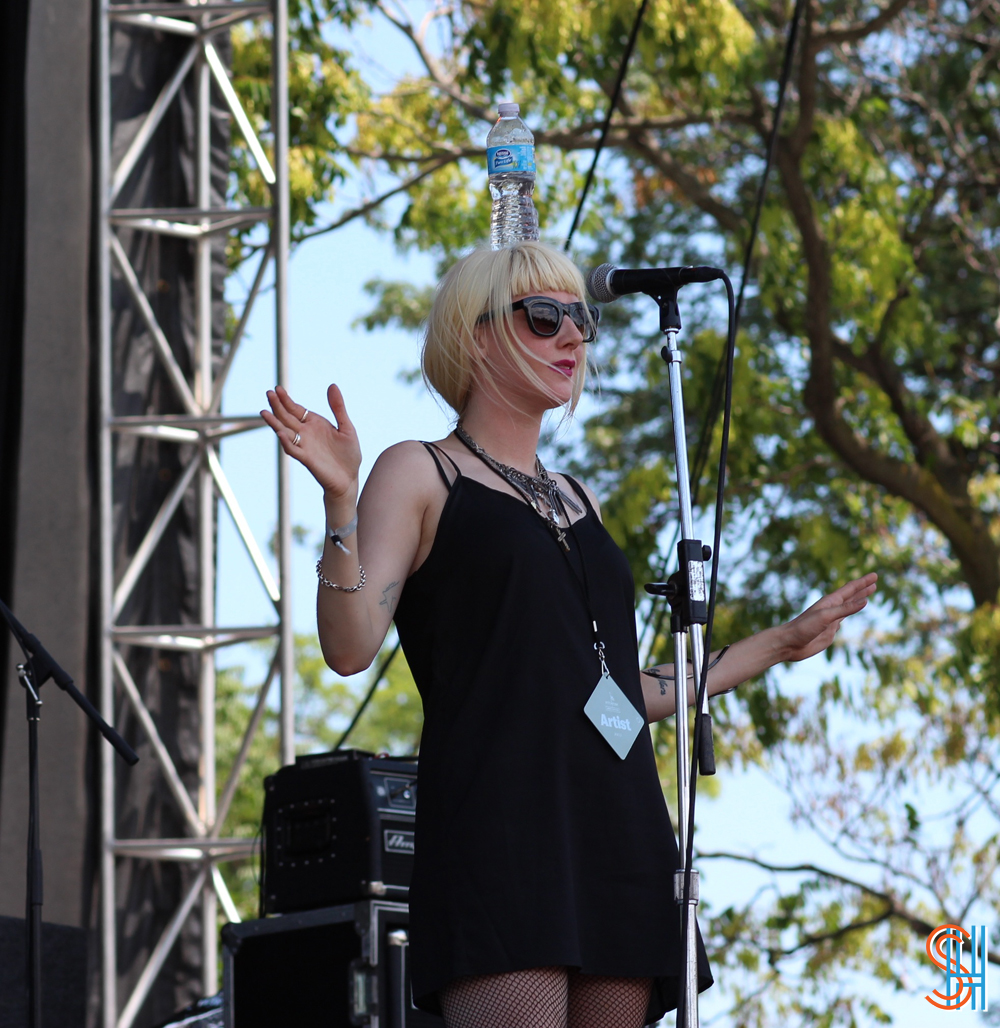