Where to Travel Right Now

It’s been a long, hard couple of years.

If you’re anything like me – and in this particular instance, at very least, you probably are – you saw your world invert, and then evert. Fold in upon itself. Collapse and expand simultaneously, like Leo’s Inception theo-Freudian fever dreams writ corporeal. That 80s Bally-Midway arcade game ‘Rampage’, but we were, collectively, the faceless/nameless building occupants, and our encompassing reality was Lizzie the lizard and George the ape, wreaking havoc with no discernible purpose or intention.

I’ve been unable to shake a small exchange from Hemingway’s first novel, The Sun Also Rises (or Fiesta, if you’re a stickler), for the entirety of this…errrr…..shift in our reality. When asked how something happened to him, the character Mike Campbell responded ‘Two ways. Gradually, and then suddenly’.

And that’s pretty much been the run of it for the last couple of years.

But things are starting to get more or less back to normal. We’ve accepted that this is more of an endemic rather than a pandemic and found ways to live with it. Or around it.

It’s certainly not as laissez-faire as it once was, but regulations are calming down dramatically, and many places have opened back up almost completely.

So to that end, I thought I’d make a couple of travel suggestions. Cause as Somerset Maugham said, to paraphrase, ‘whenever one feels a pang, one should immediately get on an ocean liner’. 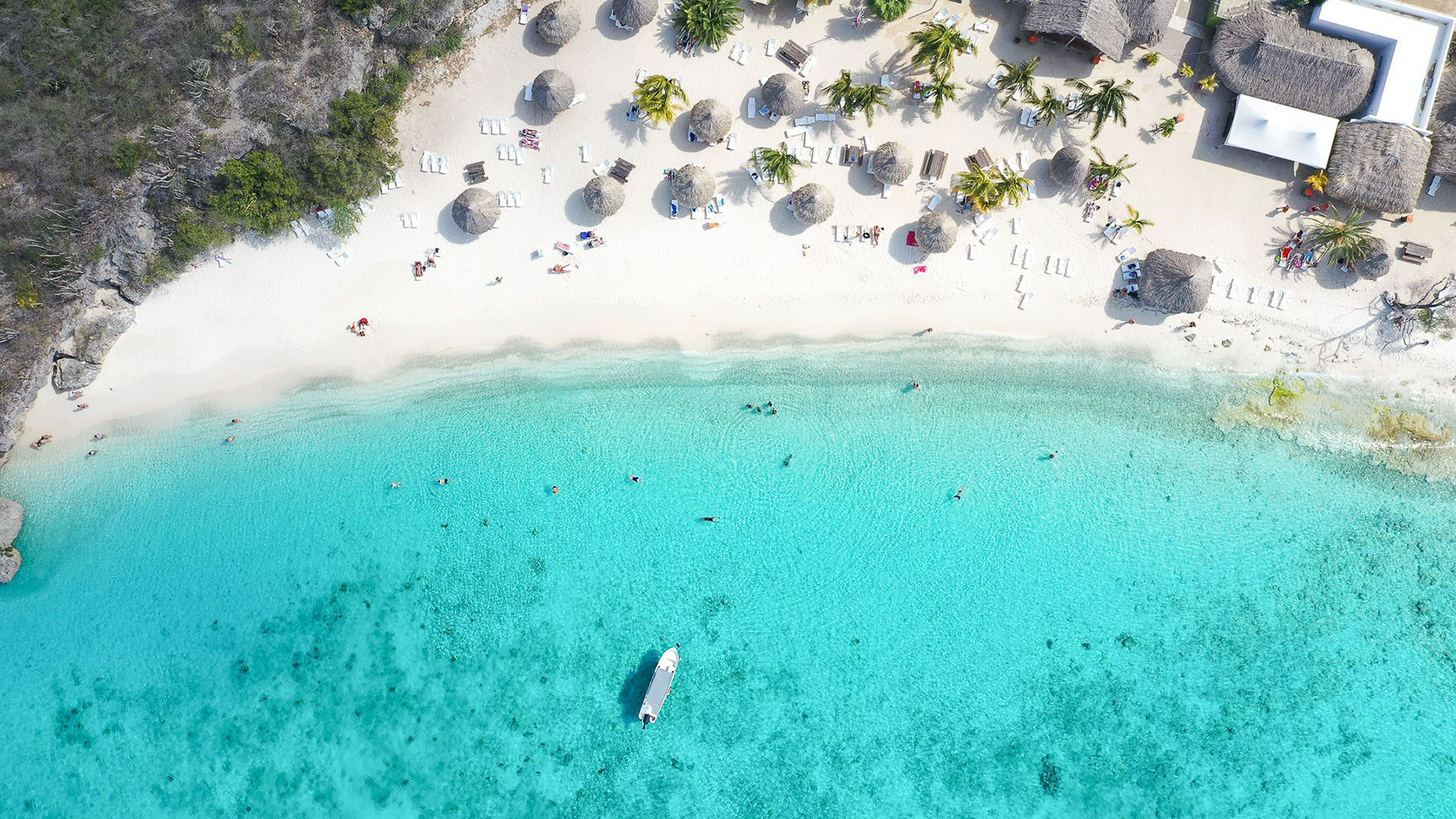 One of the ABC islands on the northern coast off Venezuela (along with Aruba and Bonaire), Curaçao is a miniature wonderland of architecture and repose in equal measure. Settled by the Dutch in the 17th century, Curaçao’s capital ‘city’ (nearly 150,000 of the island’s 160,000 inhabitants live in the city and its immediate environs) looks like Amsterdam after too many games of Candy Crush; colonial Dutch buildings of soft pastels litter the core, while relaxed restaurants and beach clubs blend ocean views with fresh seafood and cocktails tinged with its eponymous electric blue liqueur. Beaches are sublime (especially Kleine Knip/Kenapa), and random little adventures are around every corner (driving randomly, I wound up swimming with giant sea turtles, then stopped down the road for a bite at a glass terrace hanging over the ocean, and ending up with a rock lobster the size of a husky puppy). 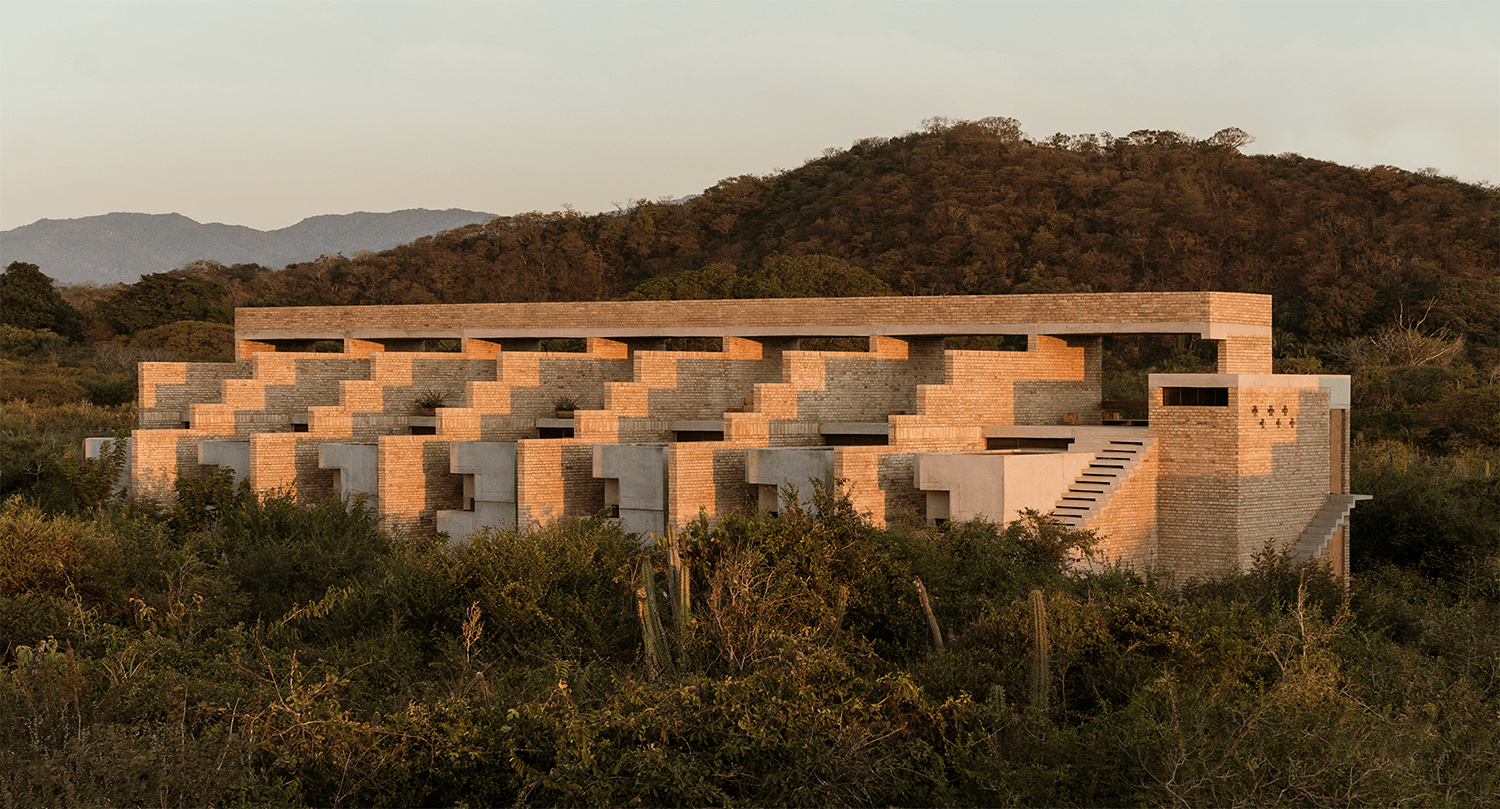 So fuxk Tulum. Seriously. Sun-dappled Echo Park yupsters chewing their tongues off between American Spirit celadons outside Gitano talking about ‘my body’s a temple’. Trying to balance a marg in the paws of a Kaws 400% at Casa Malca for the ‘gram. As King Push was so fond of saying…Yeeeeeech. Mexico is a fountain of magnificent experiences. CDMX is easily one of the world’s coolest cities, Guadalajara is soon to be recognized as a global arts destination, Monterrey is spectacular, Holbox is a beach paradise, as is Sayulita, as is, ad nauseum. But Puerto Escondido is special. Every serious surfer I know is obsessed, and few non-surfers I know have ever been. It’s cheap ‘n’ chic incarnate; bobo lyfe all day. And the architecture…oh boy. Alberto Kalach and Grupo Habita’s Hotel Terrestre gives Mario Botta on beach crack vibes. Casita Wabi is the world’s most adorable airbnb. And Casa Wabi, its big brother, is a concrete Xanadu designed by Pritzker-winner Ando Tadao; a nonprofit global arts center with more than a hint of James Turrell. 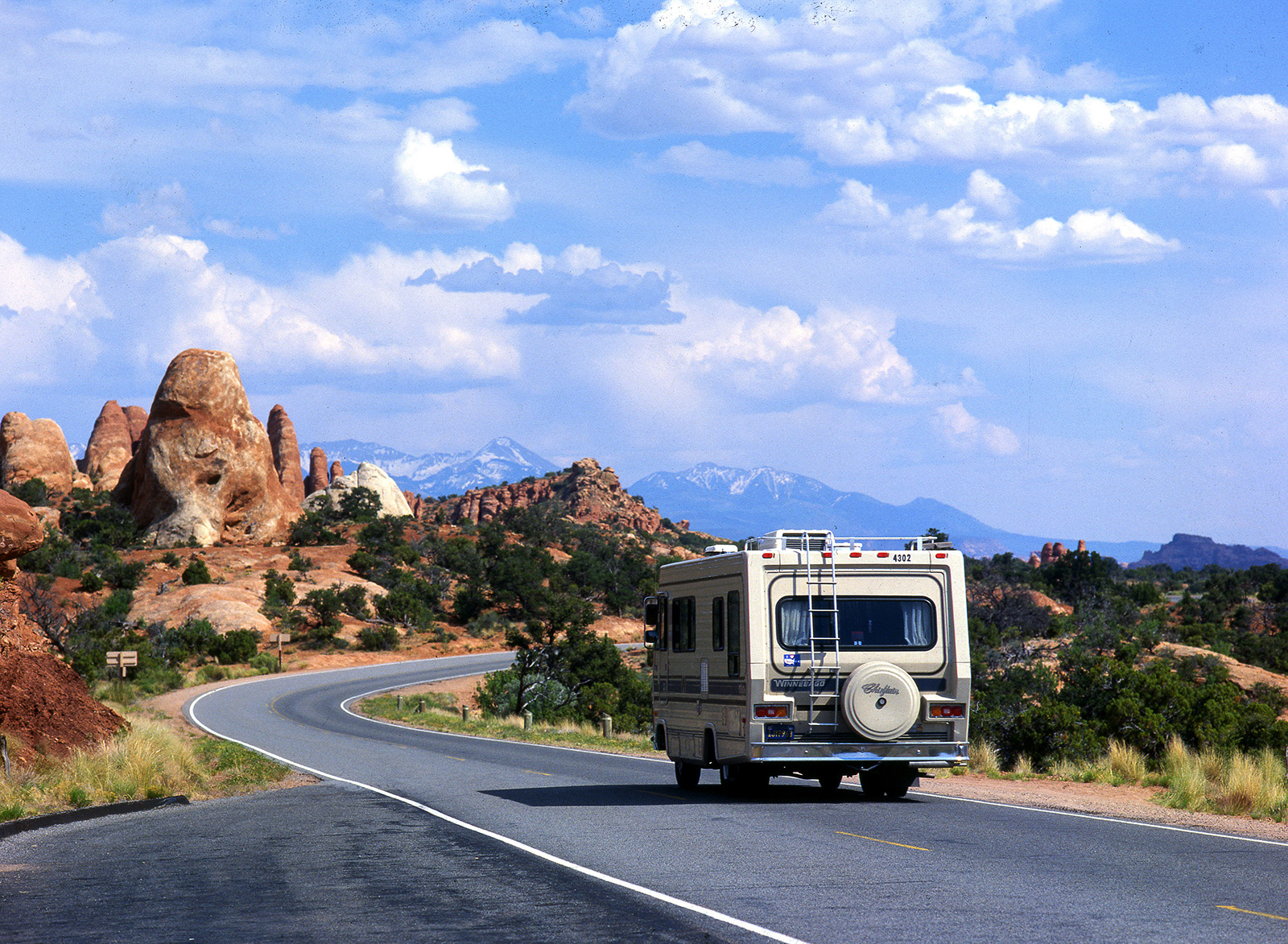 Yeah, I know, Utah doesn’t exactly jump out as a bucket list mainstay. But, honestly, it probably should. SLC is a genuinely cool little town, perhaps in no small part because global tech companies have started to realize that all their work is done digitally, so they can open campus’ anywhere. Known as the ‘Silicon Slopes’ big tech has shifted SLC dramatically. Architecture nerds will geek out at Thomas Phifer and Partner’s white-finned courthouse, and Moshe Sardine’s stunning library. Micro Williamsburg vibes abound at 7th and 7th or 16th and 16th, and a quick ride out of town finds some of the country’s best skiing; Park City, in particular, is just baby Aspen. Wilderness is where Utah really shines, however. Zion is magnificent, and a drive down to Moab will put you just a couple of miles from Canyonlands National Park (a sort of baby Grand Canyon) and Delicate Arch National Park (you’ve drooled at it on insta before, guaranteed). Or just go full boujee and book a stay at the Amangiri. You won’t regret it. Until the credit card bill turns up, at least. 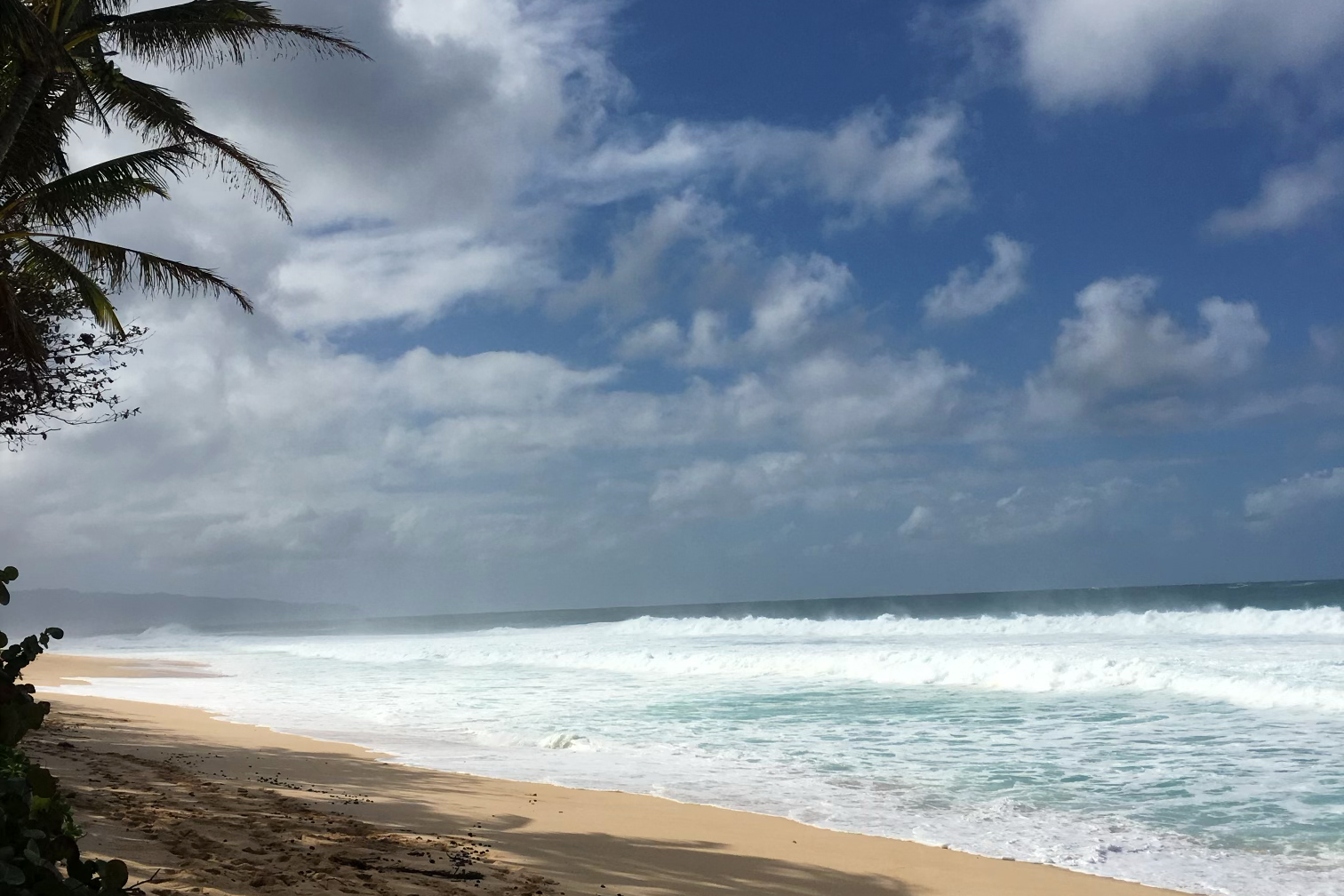 The majority of Asia is still incredibly tough to travel at the moment, but Hawai’i provides a dose of internationalism, albeit at a flight time roughly analogous to most Asia’s destinations, from the east coast. I’ve talked about Hawai’i before, but if you’ve never been there’s no better time. A lot of the islands’ revenue comes from tourism, so they’ve been hurting a bit. Consequently, it’s currently more relaxed, and much better priced, than it has been in years. Few experiences in life make me happier than grabbing some wasabi oil-marinated tuna poke from Ono and driving up to the summit of Tantalus mountain for a lookout snack. And, trust, you’ll fiend over it as well. Cocktail and nightlife culture in kaka’ako is thriving, the beaches are utterly spectacular (Waikiki and Bonzai are always favourites, but duck out to Lanikai or Pray For Sex instead). Ten minutes in Waimanalo and you’ll realize that Hawai’i is its own entity, and has about as much to do with the mainland as it does with Portugal. 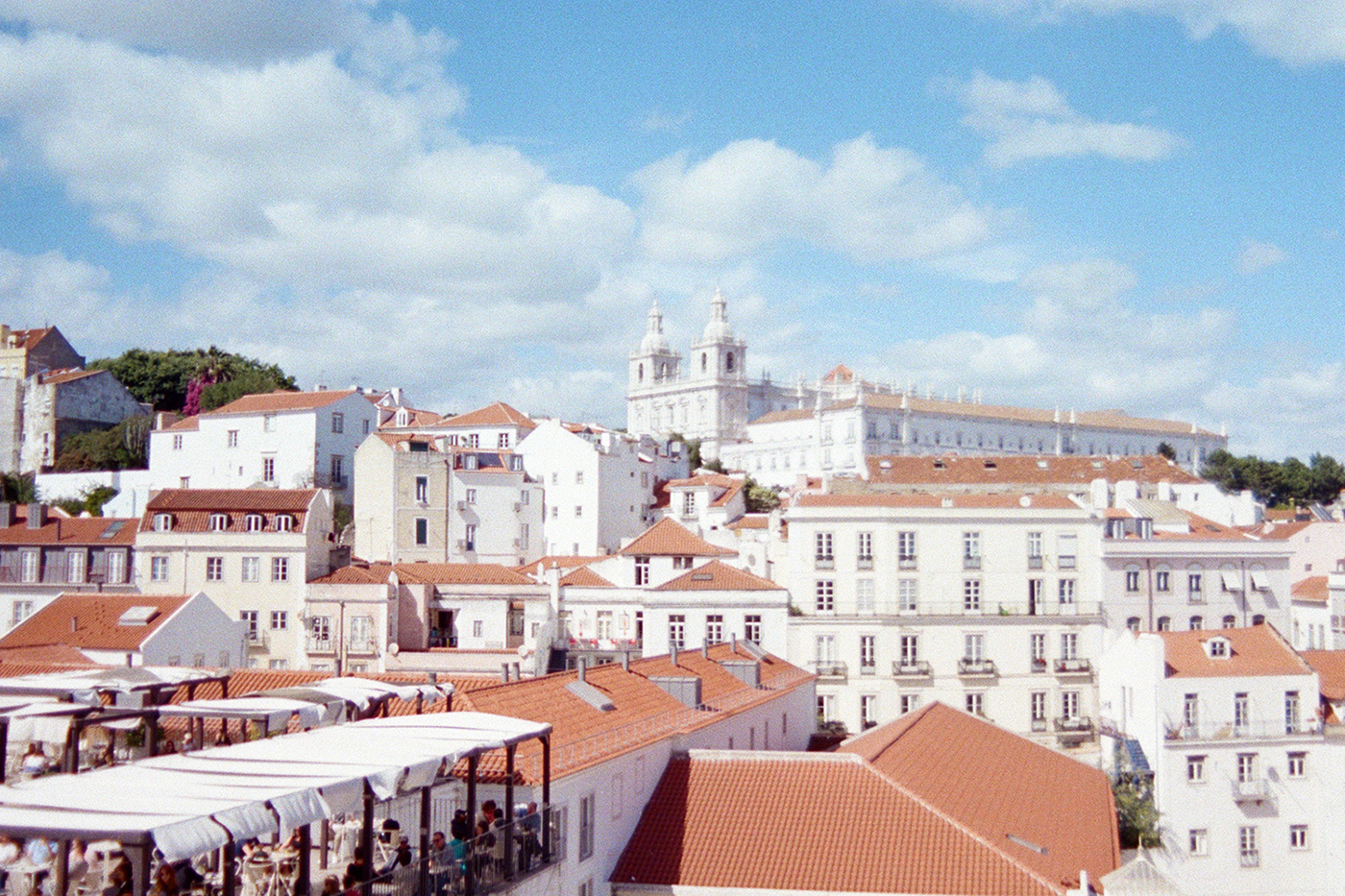 Speaking of which, Portugal is one of Europe’s best-kept secrets, though God knows how. Prices are so low it feels like Spain on sale. Seafood is abundant, a quick Vespa ride north from Lisbon will see you to the charming beach towns of Escorial or Cascais, or the UNESCO World Hertiage site of Sinatra, which looks like Monument Valley IRL. LX Factory is funky as hell; littered with little galleries and shops like a Western European 798, and a carafe of local bubbles (Espumante) sprinkled with fresh mint leaves at Noobai, on a terrace hanging out over the rooftops and its views of the Tagus, cannot be overlooked. 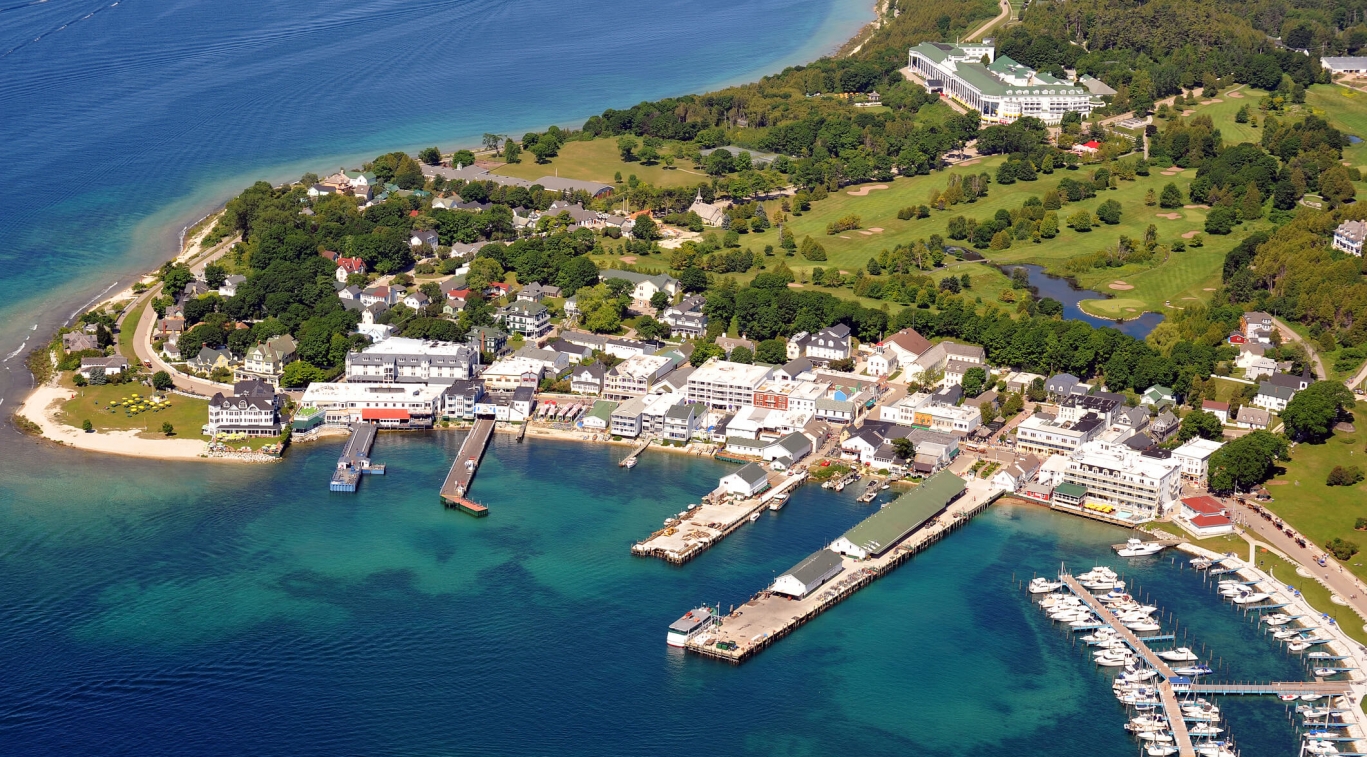 A four-square mile ‘destination’ island on Lake Huron, off the coast of Michigan, Mackinac Island doesn’t feel like it would be a ‘major’ expedition, but it’s more like travelling to a different era than to a different hemisphere. The island is entirely bereft of automobiles, the only local transport being horse-drawn carriages. Hell, even the sanitation workers ride around in horse-drawn ‘garbage wagons’. The island’s crown jewel is the Grand Hotel, a 388-room Victorian palace that has welcomed many of America’s oldest family since the 19th century. If you’ve ever dreamt of vacationing in a Henry James novel, this is your chance.