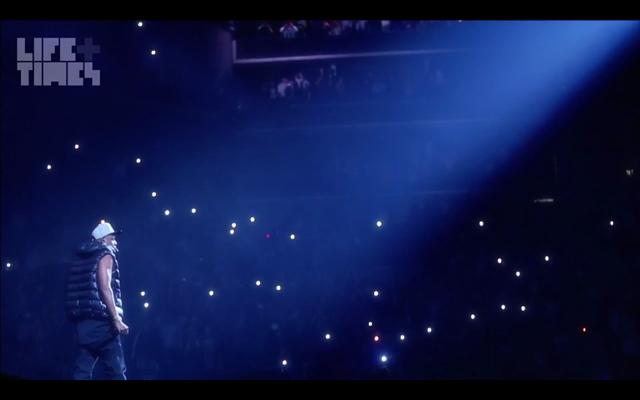 Jay-Z certainly has taken an epic journey, from 560 State Street in Brooklyn to the most high-tech sports stadium in the world, the Barclays Center. In this short documentary, JAY Z’s Life+Times takes an unprecedented behind the scenes look at the creation of Hova’s Barclays Center opening concerts. The 24-minute documentary chronicles Jay’s rehearsals with his band for his eight sold-out shows, a ride on the subway with his fellow New Yorkers, and plenty of pre-constrution footage. Watch Jiggaman’s triumphant homecoming below.