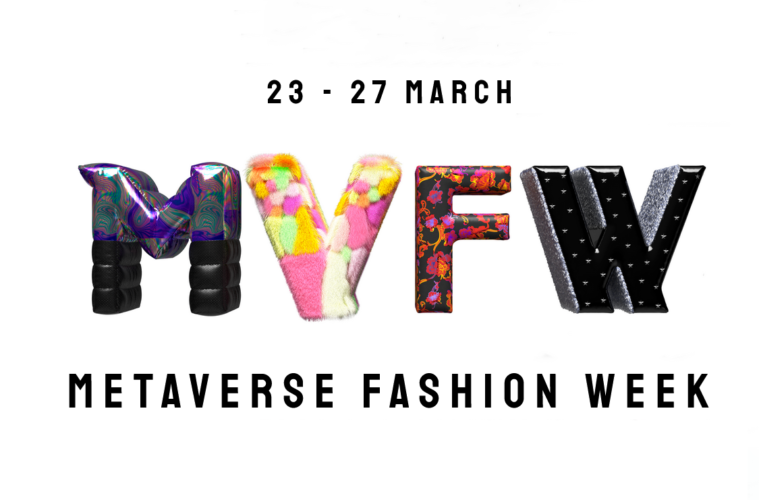 Well, a lot. Let’s get started.

1) This week sees the Metaverse Fashion Week (MVFW) take over Decentraland for five days. Running until March 27, designers and brands like Perry Ellis, Tommy Hilfiger, Elie Saab, Dolce & Gabbana, and Bulova will be presenting collections and items for attendees. In collaboration with D-Cave, Bulova will offer a Computron watch. 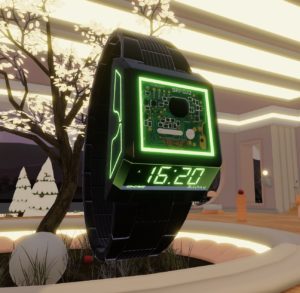 The special edition version comes with a mineral crystal case that shows the circuit board. It is finished with an acid etched sidewall detail that’s inspired by computer towers. It also features a black IP stainless steel case and matching bracelet with a green LED time display. The D-Cave x Bulova Computron special edition NFT is available to mint as of March 24. The first 500 NFTs will be on sale starting March 24. Each will cost .5 ETH (roughly, US$1,510, CA$1,898).

According to organizers, those visiting MVFW will be able to buy physical watches, their NFT, and a wearable avatar version.

Auroboros fashion house will launch its Auroboros Vault community at MVFW, which will will be accompanied by a virtual performance from Grimes. The Vault community is expected to launch via Decentraland on March 27 at 10PM GMT (5PM EST). Those interested in attending can log in as a guest or through their crypto wallet.

Estée Lauder is the official beauty partner for the fashion event. The beauty giant is giving away a free wearable NFT to participants. 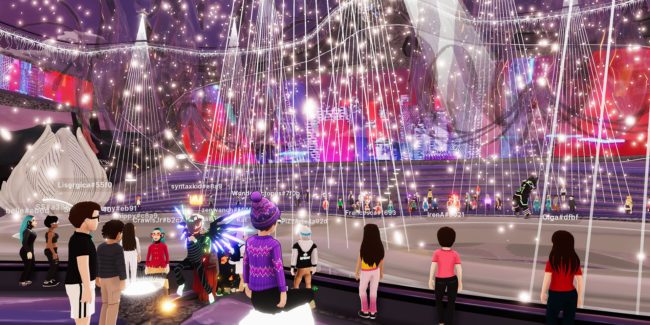 2) NFT platform Voice is inviting creators to join its NFT Residency program. According to the company, the program will encourage projects on equity and justice, a clean planet, future-proof, and well-being. Participants will get a stipend, help and guidance with their projects, and be part of a rewards program that offers more incentives. They will also get help with their social promotion. Voice says it offers free minting, no carbon impact, and the ability to transfer NFTs to other environmentally-friendly blockchains and platforms.

3) According to Nike, 6.7 million people have visited Nike’s metaverse store, Nikeland, which opened five months ago. Nikeland is built in Roblox, and much of it popularity came during NBA All-Star Week, specifically because of LeBron James visiting the store. As noted by The Drum, Nike’s chief executive and president Jack Donahoe said Nike’s revenue play in the metaverse has been seen with NFTs.

4) Everyrealm is one of the most recognizable investors and developers in the metaverse, with real estate holdings in The Sandbox, Decentraland, and 23 others. They sold a megayacht for 150 ETH ($650,000), created a shopping district in Decentraland called Metajuku, own over 3,000 NFTs, and, in February, closed a $60 million Series A financing round led by venture capital firm Andreessen Horowitz—a key investor driving crypto and Web3 adoption. This week it was announced that The Weeknd, Will Smith, Marc Anthony, Nas, Lil Baby, Belly, Gene Simmons, Jeffrey Katzenberg, among others, are now also investors in Everyrealm’s expansion. Coinbase is an existing investor. 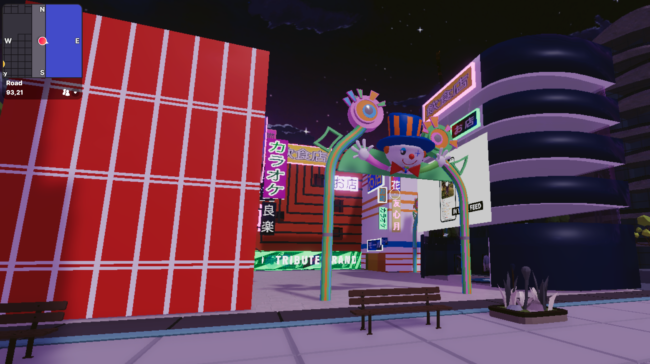 5) TIME has released the first-ever fully decentalized magazine issue as an NFT on the blockchain. Its cover star is Vitalik Buterin, the co-founder of Ethereum, who addresses his concerns about crypto. It was created in partnership with LITDAO. LIT, a so-called “Web3 cultural currency”, and the magazine is hosted through a decentralized protocol. Readers can opt to read the magazine through this interactive NFT.

“The peril is you have these $3 million monkeys and it becomes a different kind of gambling,” says Buterin in the article, referring to the NFT collection called Bored Ape Yacht Club (BAYC), which is owned by Yuga Labs. Yuga Labs recently acquired CryptoPunks, one of the first examples of an NFT on the Ethereum blockchain, has now launched a cryptocurrency called ApeCoin, and just raised $450 million in funding to create their own Otherside metaverse. The funding round, one of the largest by an NFT company to date, was led by venture capital firm Andreessen Horowitz.

6) Two men have been charged with fraud and money laundering for a cryptocurrency “rug pull” scheme. The men allegedly earned approx. US$1.1 million after selling NFTs based on the characters called “Frosties.” They sold the NFTs, then pulled the project and transferred the funds to a number of crypto wallets—while those who bought the NFTs were left duped. Buyers were also told they would get 3D versions of their avatars and a Frosties video game. Apparently, buyers earned only a few bucks when trying to resell their NFTs, so they ended up just cutting their losses.

FYI: According to blockchain analysis firm Chainalysis, rug pulls accounted for 37% of all crypto scam revenues in 2021, this is up from a 1% in 2020. In 2021, the company said scammers stole $2.8 billion worth of cryptocurrency, thanks to rug pulls. 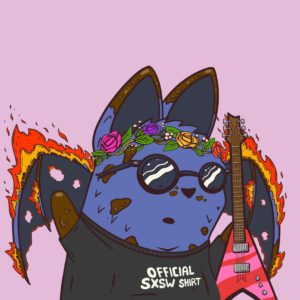 7) SXSW recently played host to a lot of Web3 chit-chat, presentations, and goodie giveaways. Interested in a one-of-a-kind SXSW bat profile pic NFT? SXSW had it. You could mint one of the bat combos for your own personalized NFT to cherish—but the offering was only available at the festival.

In other SXSW news, Meta CEO Mark Zuckerberg  confirmed at SXSW that NFTs are coming to Instagram in the next several months; NFT-based fantasy sports startup Sorare sponsored a sports summit; and one of the festival’s sponsor, Fox Entertainment, introduced its new finech unit, Blockchain Creative Labs (BCL).

Mark Cuban’s livestreaming app Fireside, which has investors including Cuban, HBSE, The Chainsmokers, and Goodwater backing it, announced some news. First released last fall, the Fireside platform lets creators broadcast live shows in real-time. At SXSW, Fireside announced its Entourage project, which will star Charlie Sheen alongside Entourage alum, Kevin Connolly and Kevin Dillon. And of course, there will be NFTs available so that fans can be part of the process. As reported by Fast Company, these NFTs will serve as membership cards, with NFT buyers gaining access to exclusive videos. The partnership is between Fireside and Angry Lunch, a company led by Doug Ellin, aka the creator of Entourage.

8) Colette and Dour Darcels partnered to drop a collection of 25 one-for-one NFTs for each year since Colette first opened, which were available via the OpenSea marketplace. Each NFT came with a personalized case with the NFT artwork, the holder’s name, and a token number. This collaboration is in celebration of it being 25 years since Colette opened its concept store. It also honours the 10th anniversary of the Darcel Disappoints exhibit. Colette and Dour Darcels have been working together since 2008. 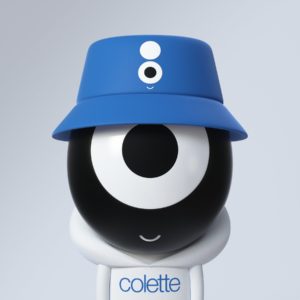 9) The Notorious B.I.G. estate has a OneOf NFT collection coming out; Sylvestter Stalone is launching SlyGuys, an NFT collection for the Rocky and Rambo franchises; Stella Artois released “The Drop Artois” NFT collection for World Water Day (March 22); and Bill Murray Stories will soon be available, courtesy of the famed actor and his partnership with The Chive.

10) Crypto.com has partnered with FIFA and is the official sponsor for FIFA World Cup Qatar 2022.