What to expect from Disney+

Unless you’ve been under a rock, you already know Disney+ is live, opening a new front in a looming streaming service battle that will pit it against the likes of Netflix, Prime Video and Apple TV+. Now that it’s been out for a week, is it worth diving in and adding it to your monthly bills?

Unless you’ve already done so, the short answer is yes, and for a number of reasons. If you were born in the last 70 years, there will be something in the current catalogue that will harken back to a bygone era in your life. All told, there are about 500 movies and 7,500 TV episodes available right now, but more should be coming. More on that later.

As always with anything entertainment-driven in Canada, a streaming service launch comes with a few caveats. After initial outages that kept the service dark in the opening hours, things got better, though hacked accounts and other glitches have been stumbling blocks since. 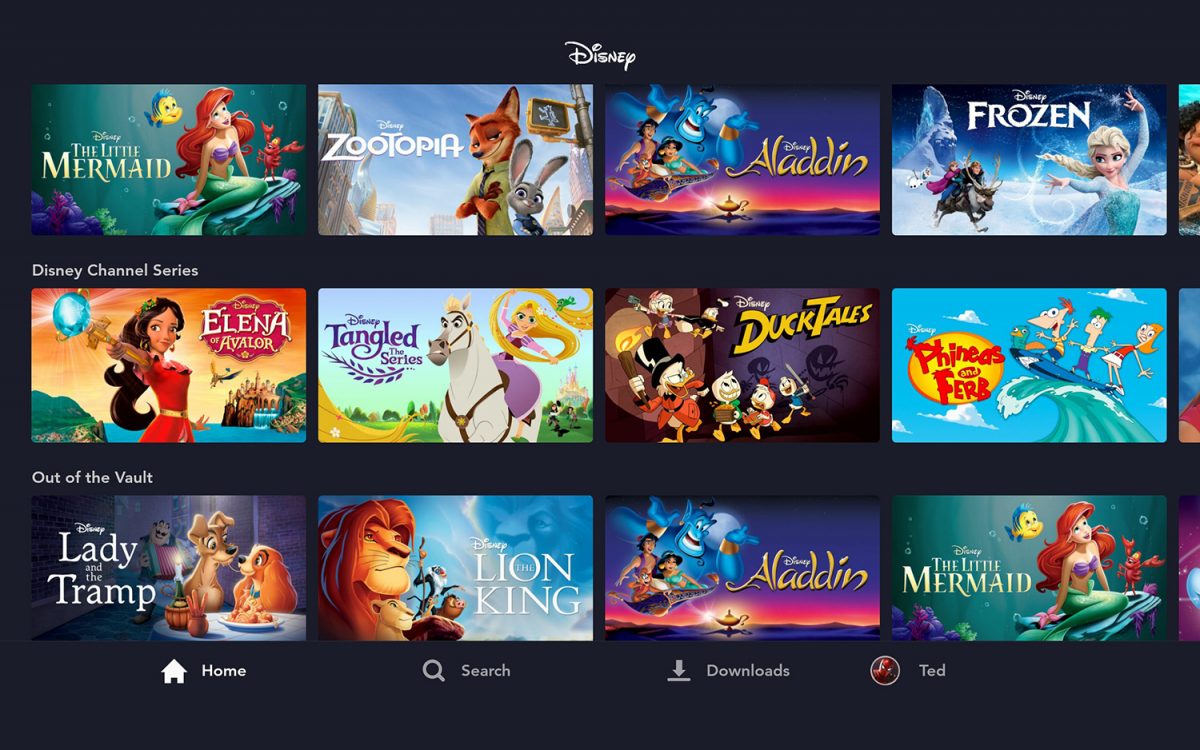 In a baffling move from a usability perspective, Disney chose not to include what should’ve been a no-brainer for a streaming service of any magnitude, much less this one. There are no lists for content you’ve started watching, nor for anything you finished. When we started Iron Man 3 on our TV and wanted to continue it on a tablet in bed, there was no way to pick up where we just left off, even though we were logged in on both devices.

Yet, when we did that with a TV show episode, it worked — except we had to go find the episode and select it first. Disney says it’s always looking to improve on the service, though it hasn’t specified how or when that’s likely to happen.

Even with those hiccups, Disney+ is worth the money. We went with the $89.99 annual subscription because it amounts to getting an extra two months free compared to going monthly at $8.99/month. 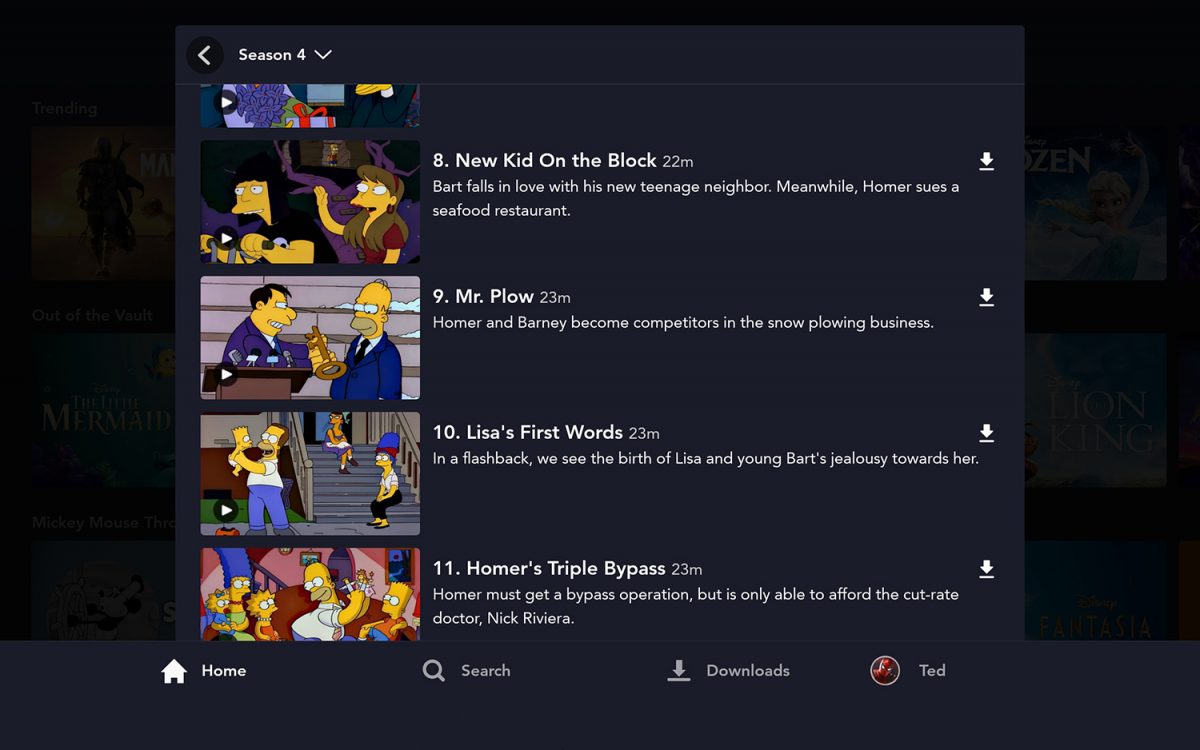 And not that there isn’t stuff to watch. Disney is a mammoth when it comes to content ownership and licensing. There’s Disney itself, plus Pixar, Marvel, Star Wars and National Geographic.

There are 30 seasons worth of The Simpsons — something never seen on a streaming service before. Hockey fans from the 90s will remember the Mighty Ducks trilogy, while animated classics from that era include Aladdin, The Lion King, The Little Mermaid and The Nightmare Before Christmas.

Those of you who are younger than that will remember That’s So Raven, Hannah Montana and the High School Musical series, among the many others that will trigger memories. Some content goes back to the 1920s, including several animated films and shows from way back before TV was even a thing. 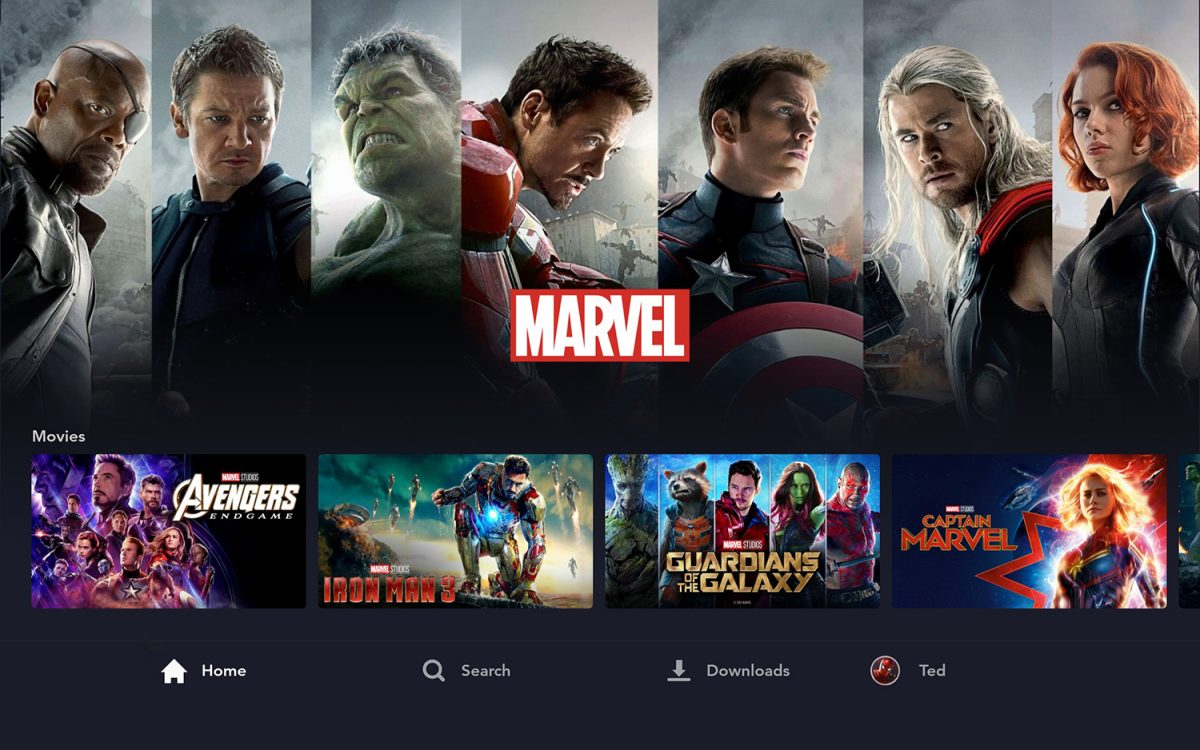 The Marvel and Star Wars catalogues will be a draw unto themselves, including The Mandalorian, an original series in the Star Wars mythos taking place between The Return of the Jedi and The Force Awakens. On the Documentary side, The World According to Jeff Goldblum seems to be off to a good start.

Despite the litany of stuff to go through, you will notice missing pieces. For example, of all the Avengers titles in there, Infinity War isn’t there because Netflix has it right now. Same with Black Panther and Ant-Man and the Wasp, both of which are also on Netflix. Thor: Ragnarok is also missing, though Disney is expected to bring it in before the end of the year. 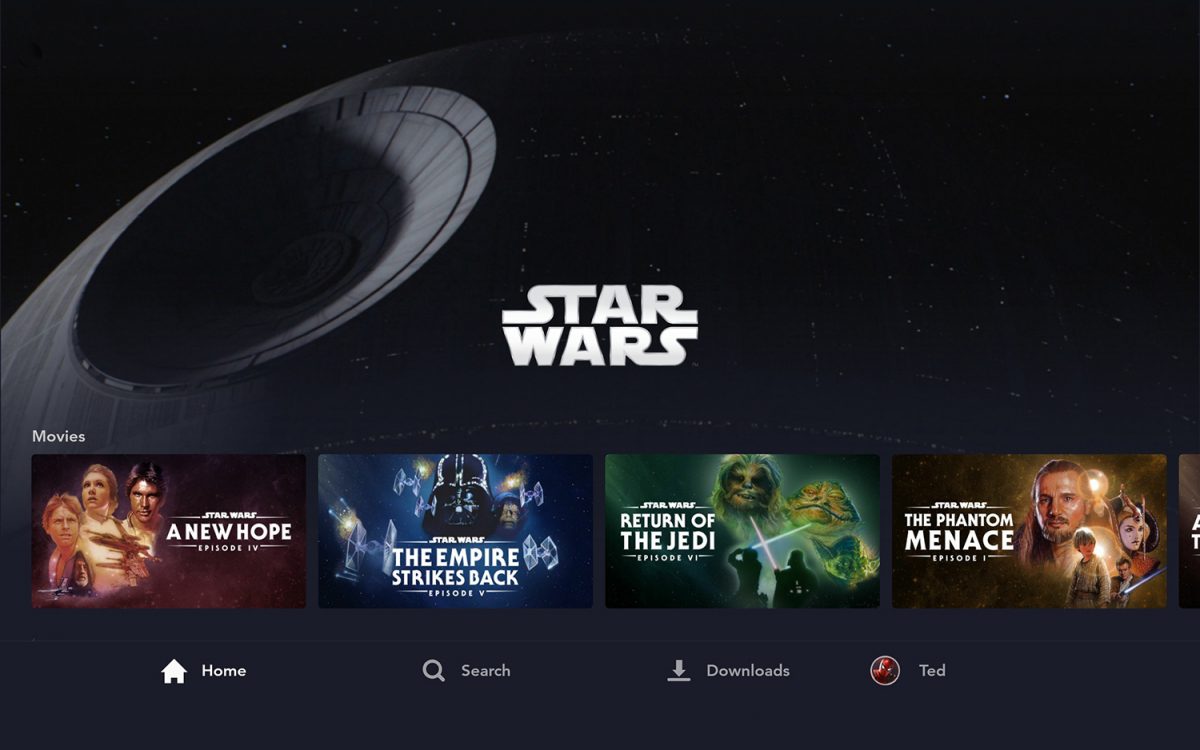 Star Wars: The Last Jedi and Solo: A Star Wars Story are also missing. Pixar’s The Incredibles 2, Coco and Ralph Breaks the Internet aren’t on there, either. You can search all the missing content on Disney+, and when selecting it, you will see a short blurb noting the date for when the service will add it. For most of them, it will be at various times in 2020. A few will go into 2021.

Disney also spared little expense and effort to try and cover as much compatibility ground as possible. Here are all the devices you can stream it on:

On a phone or tablet, you can download content to watch offline, which is great when flying on a plane or find yourself somewhere with dodgy Internet connections. Keep an eye out also for what you can watch in 1080p HD and 4K Ultra HD. Even newer movies don’t show in the higher resolution, and not everything supports Dolby Atmos for a sound boost.

Disney+ came less than two weeks after Apple TV+, Apple’s own streaming service that kicked off with nine shows. There are no other shows to stream on it right now, as the library only focuses on Apple’s own co-productions. If you bought a new Apple product since the iPhone 11 launch, you can sign up for a free first year. Otherwise, it’s $5.99/month.

At this point, Netflix and Prime Video are still the best in the business, but Disney+ is a solid third behind them.