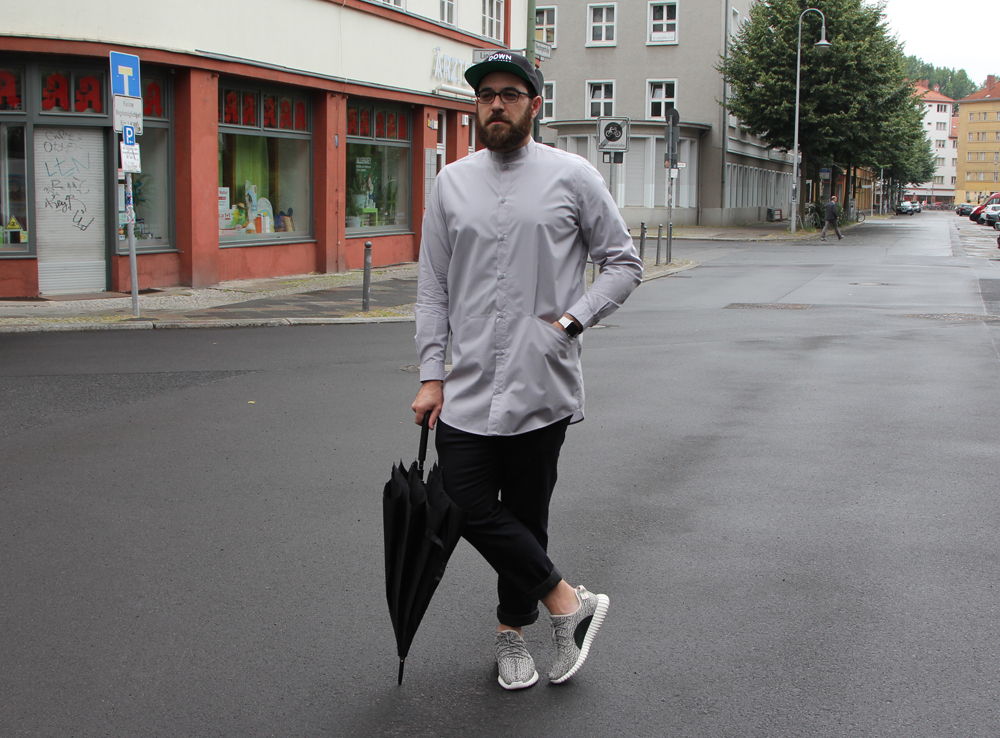 Last week we were busy hanging around Berlin, going to fashion shows at Brandenburg Gate, sipping cocktails inKreuzberg, and sneaker shopping in Mitte. It was a bit of a culture shock, going from the beautiful, albeit somewhat the same looking, streets of Paris, to the rougher, grimer streets of East Berlin. We had come from a Parisian heatwave, and when we landed Berlin was also scorching, but somewhere along the way the heat finally broke and the temperature plummeted. We went from shorts and tees, to pants and long sleeves in a matter of hours. It was a delightful change, but it was also shocking. It’s July after all. As one friendly Berliner said nonchalantly and with a shrug “Welcome to summer in Berlin.” I guess so.

Rolling with the weather punches I suited up for the Berliner summer with an extra long, mandarin collared button up shirt from Weekday, as well as a pair of canvas pants, that tied at the waist and rolled up at the cuff, also from Weekday. After that the rest was easy, the adidas Originals Yeezy Boost 350’s and the limited edition OVO ‘Downtown’ snapback. Accessorised more out of necessity than fashion was a long gentlemen’s umbrella from Soho House Berlin. The look was simple and monochromatic, but it was a real hit in Berlin. Take a look at the full outfit below. 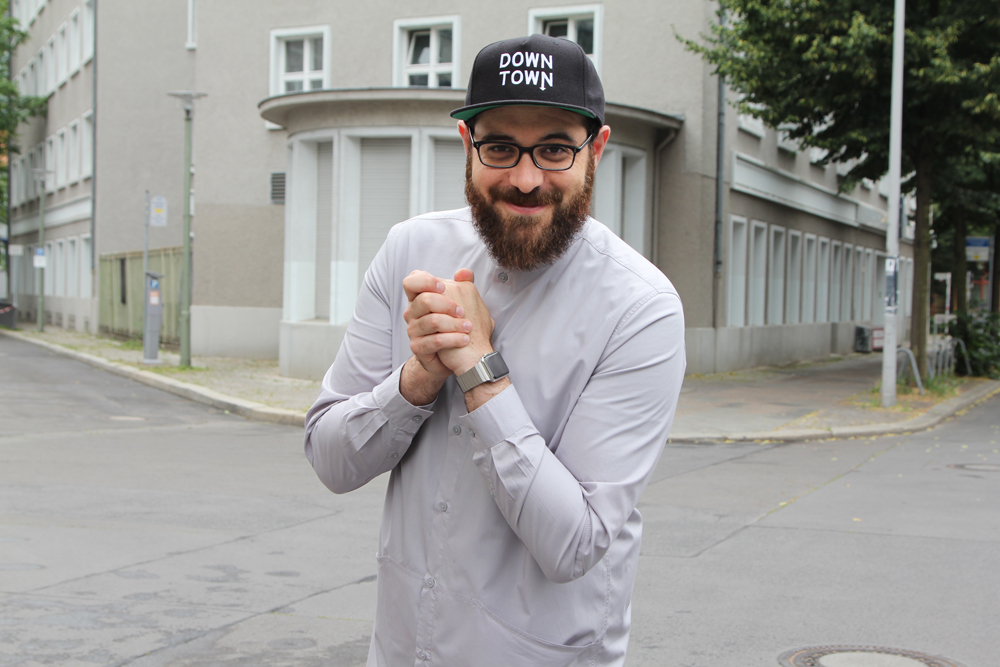 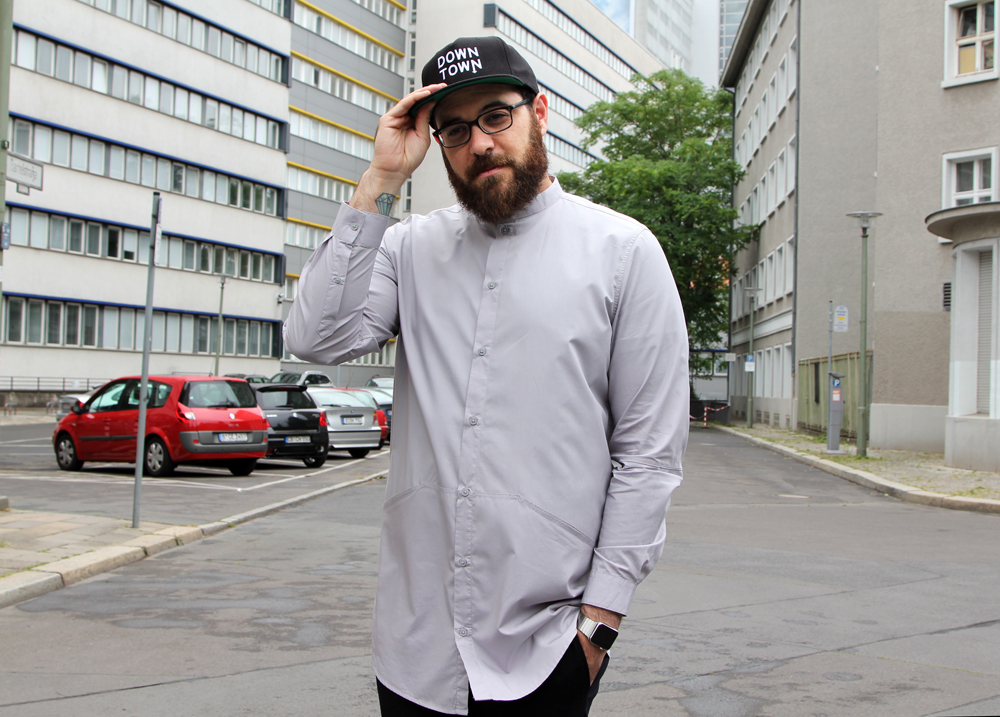 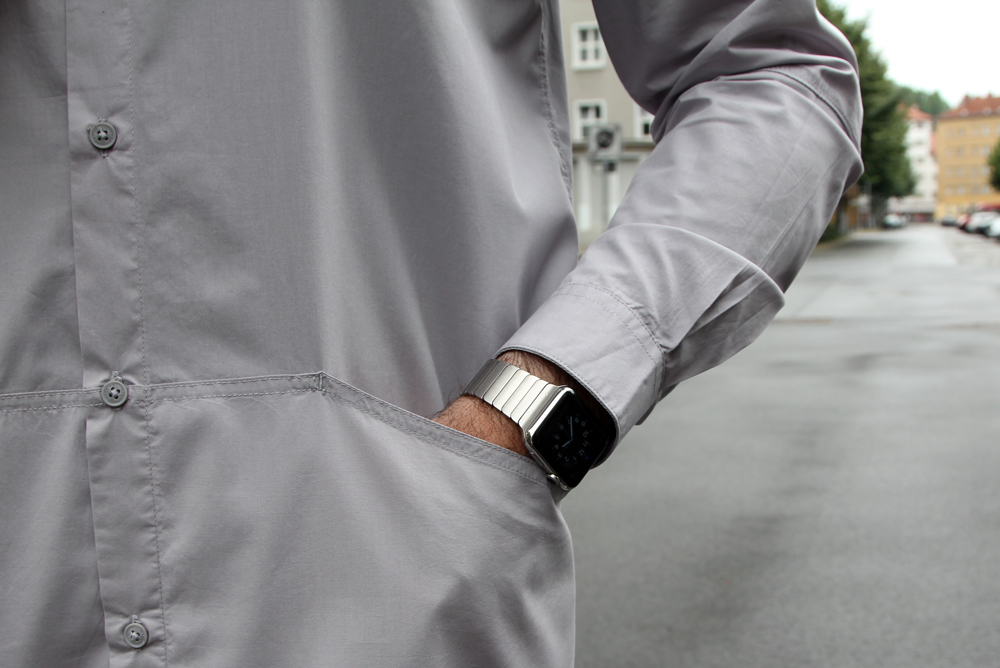 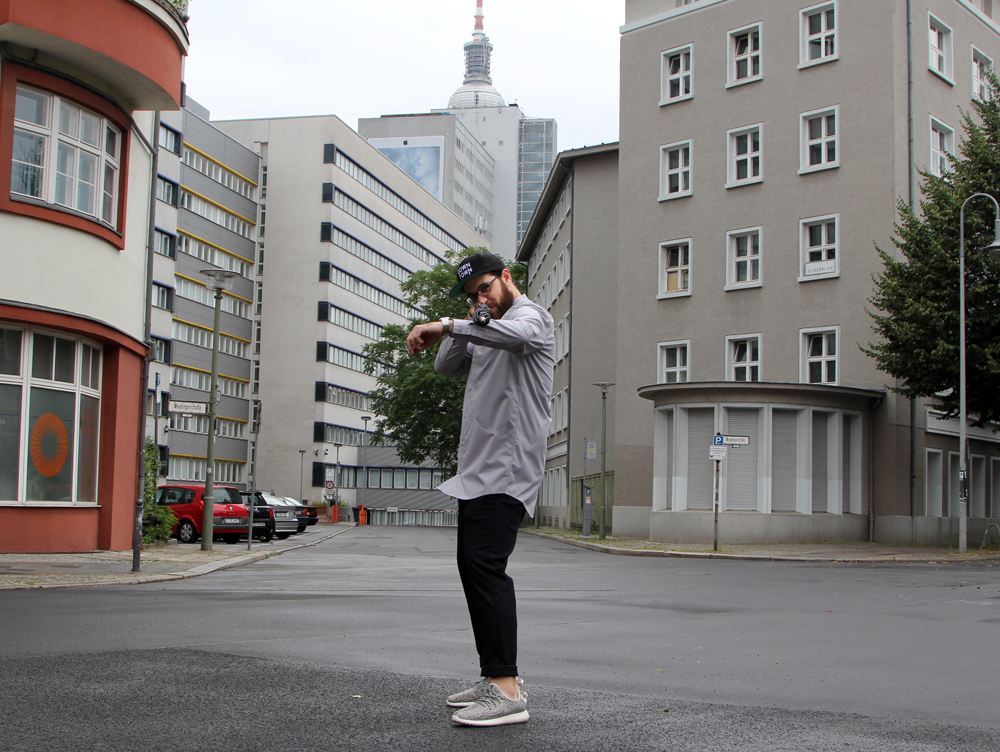 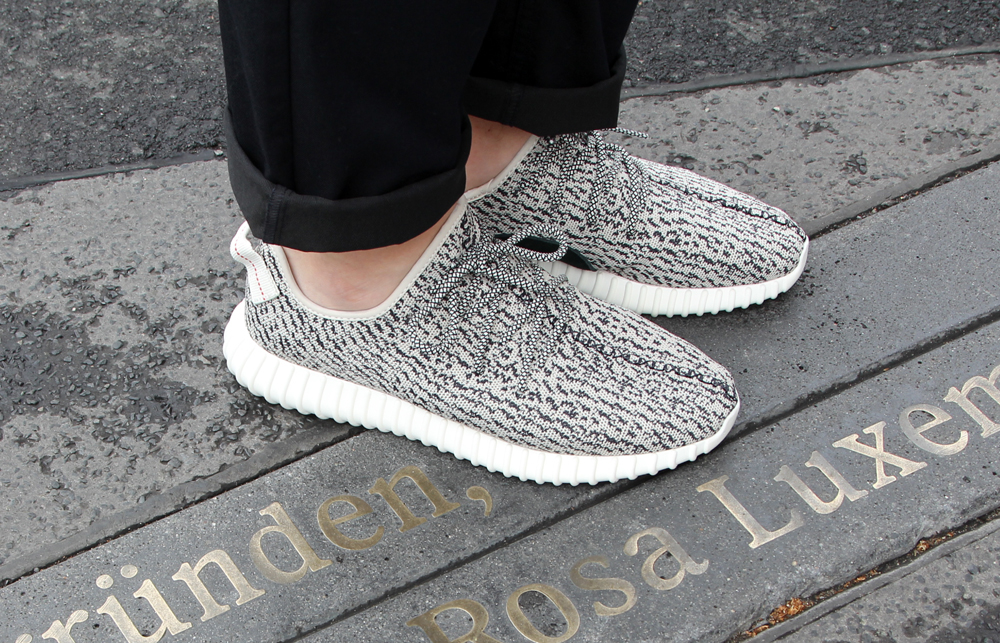