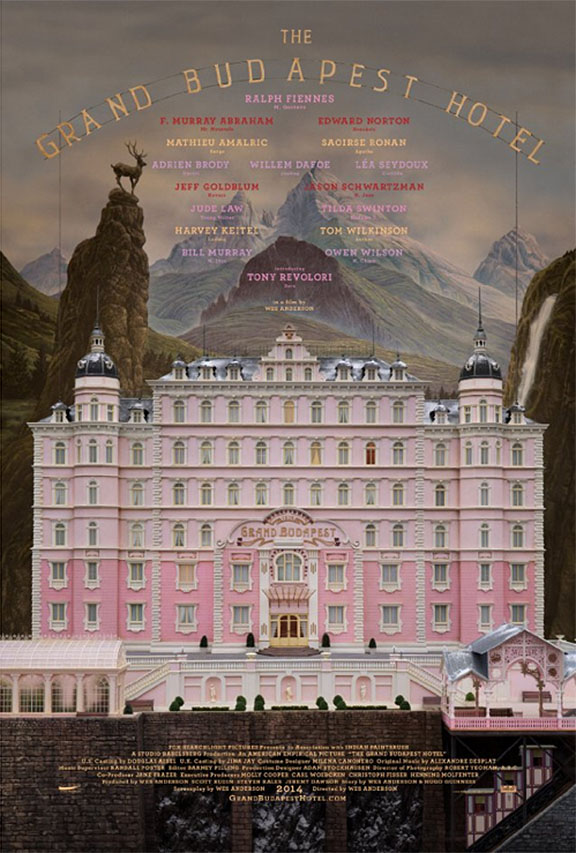 It’s been a year since Wes Anderson treated us to Moonrise Kingdom and although he’s been working on shorts like the Prada Candy commercial he’s yet to announce anything new in terms of a feature length film… until now! This amazing poster for The Grand Budapest Hotel has just surfaced online and we’ve pretty much been staring at it for about an hour now, dreaming of what cunning adventure it holds!

Judging from the poster and the films facebook page, the film is about “a legendary concierge at a famous European hotel between the wars and his friendship with a young employee who becomes his trusted protégé. The story involves the theft and recovery of a priceless Renaissance painting, the battle for an enormous family fortune and the slow and then sudden upheavals that transformed Europe during the first half of the 20th century”.