Hello friends. It’s that time again. This week we’ve got a cool grandma, some mean tweets, RiFF RAFF news, a marriage and a STACKED Drake Corner. All that and more below. Shall we? This week on the internet we’re loving…

This happy dog dancing to “Africa” by Toto


What a jam.   Alvin And The Chipmunks Sludgefest     Toronto’s own Brian Borcherdt of Holy Fuck slowed down the Chipmunks and it sounds awesome. As he told NOW…

“Why not? I really like it. I know it’s funny, but it’s also heavy, and it sounds beautiful. It makes you rethink the process involved, but there’s also just something poetic about it. Music is such an exploration of time, and it’s interesting the way you can manipulate that and change the intention. The vocals would have been recorded slow like that. That’s how the singer did them in a vocal booth in a studio, never to be heard in that original form.”

Santigold’s 3D Selfie Printer Ad        We can’t get enough of “Can’t Get Enough Of Myself” ya know?     RiFF RAFF is Releasing a Book of Poetry

RiFF RAFF’S NEW HOLOGRAM BOOK OF NEON POEMS TiTLED “NEON ViBES” PRE SALE LiNK SET TO DROP NOVEMBER 13TH …. ALSO THE MiNi ALBUM “TRENCH COAT TOWERS” DROPPiNG THiS WEEK …. DiAMONDS ON NECK i GOT RUBiES ON WRiST i PASSED YOU THE BALL AND YOU BROKE MY ASSiST …. PEACH PANTHER ALBUM DROPPiNG SOON AND iS BEiNG PURRRRRRTRFECTED A video posted by RiFF RaFF JODY HiGHROLLER (@jodyhighroller) on Nov 2, 2015 at 12:31pm PST

This Guy Who Is Named Taylor Swift

Aziz Ansari was The Weeknd for Halloween

This now officially makes Aziz a honorary Torontonian. Also, his original Netflix series Master of None is out now. DRAKE CORNER 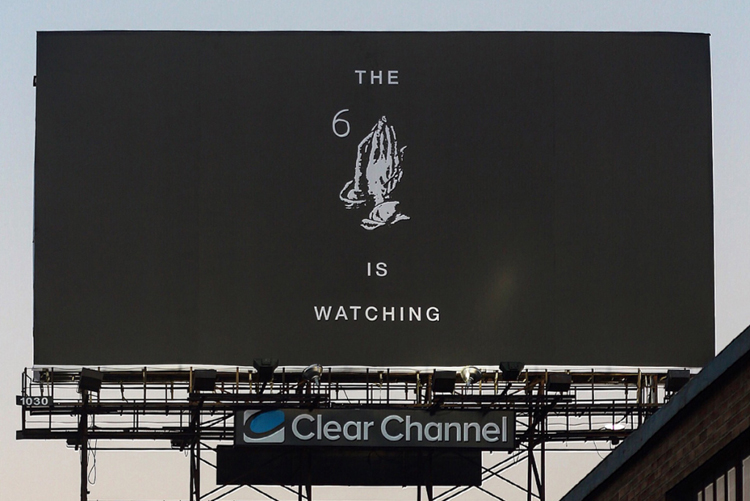 As you’ve probably heard/seen by now, there’s a new Drake billboard in town (see above). Drake posted an Instagram of it (that’s now taken down) with the caption “Be home soon.” This may mean Views From The 6 is right around the corner. We hear waiting Champagne Papi. Also, everything is Hotline Bling. All Hotline Bling. All the time. The Hotline Bling never ends.

Weekend Weird is a round-up of the rad content/vines/internet junk/dope links/funny random shit we’ve stumbled upon. Visit Sidewalk Hustle every weekend for your fix.