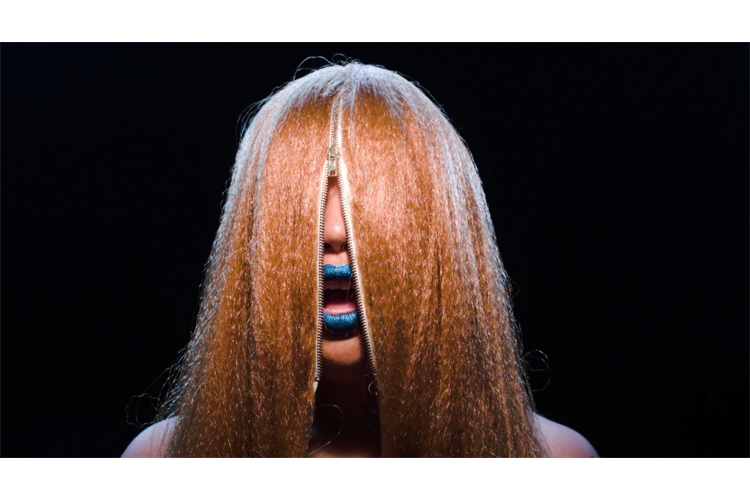 Earlier this week we shared our 15 Minutues With Weaves feature and today the Toronto art-pop act have dropped a super dope video for their much-loved single “Shithole”. The song is off the band’s fantastic debut album which came out earlier this year. Similar to their video for “Tick” the “Shithole” video encapsulates Weaves’ fun and unique style. Directed by Trevor Blumas (of Doomsquad), the video features close of shots of frontwoman Jasmyn Burke in various eccentric wigs and make-up looks, delivering an emotional performance. As Burke explained…

“We shot this video on a hot summer day with no AC in the Coffin Factory Lofts in Toronto. Sweaty and intimate…Visually it depicts the build up and break down of myself through the different looks. I wrote the song when I was living in a shitty place and was feeling kind of down, but the mysterious thing is I have no recollection of writing it. I found it on my computer one day and had thought I must have sent it to Morgan but I hadn’t. So we essentially did the demo the day after I re-discovered the track and were playing it live soon after.”

Watch the video for “Shithole” above.

Weaves’ self-titled debut LP is out now on Kanine in the US, Buzz Records in Canada and Memphis Industries in the rest of the world. Get yourself a copy here & catch Weaves on their North American tour with Mitski and Fear of Men at the dates below.