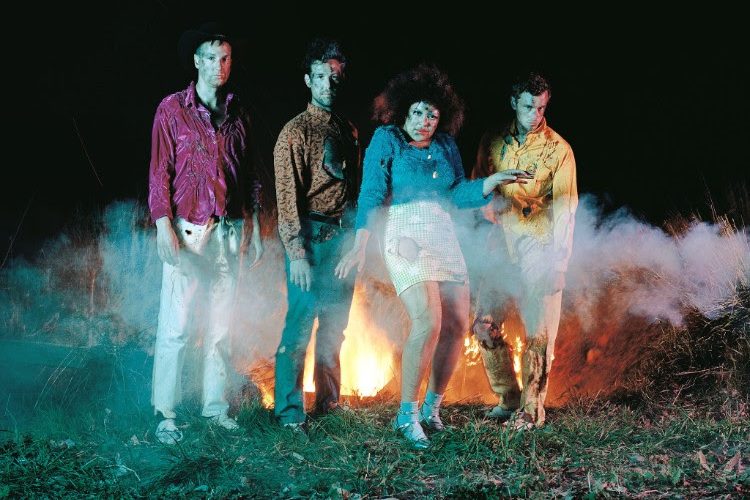 Toronto’s Weaves dropped their standout, self-titled debut close to one year ago today. If it’s recent short-listing for this years Polaris Prize wasn’t enough good news for the foursome, they’re back to announce their next release. Wide Open is due out October 6th through Buzz Records, Kanine Records and Memphis Industries.

Engineered by Leon Taheny (Fucked Up, Austra), who previously worked with Weaves on their first LP, Wide Open features the opening track “#53.” Driven by the climbing guitar lines and frantic energy that the band have become known and loved for, “#53” was, according to lead singer Jasmyn Burke, written in a burst of creative energy that the band had built up over a year on the road in support of their debut. “When writing #53, I let out how I was feeling about a lot of things,” she says. “Existing on the road, existing at home, living in a time when a lot of younger people feel helpless — it’s all given me a new vigor and desire to be ferocious with our music.”

“In making this album I didn’t feel any pressure or any fear, and I think that might be the difference between this album and the last,” Burke reflected in an official statement. “It’s been a weird year, and even on the album cover we’re in bright colours, but we’re covered in soot and we look like we came out of an explosion and I think that’s kind of the way life is. Hopefully you can bring some light to people.”

Scroll down to peep Wide Open‘s full tracklisting, a list of Weaves’ newly announced tour dates and feast your ears upon the glorious “#53.” 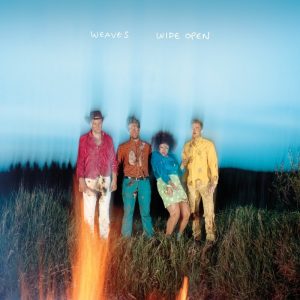