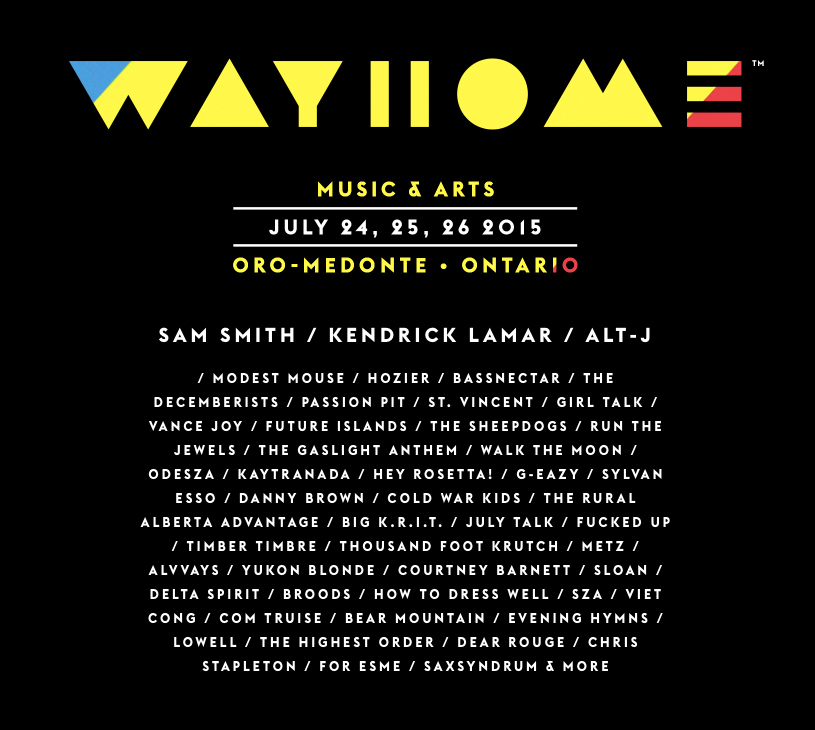 After last nights teaser event at The Great Hall in Toronto the Bonnaroo-affliaited festival WayHome has announced the full line up, adding Sam Smith and Hozier as the last headliner in addition to Kendrick Lamar, Alt-J, and Modest Mouse who were announced last night. The festival will take place from July 24th to 26th in Barrie at Burl’s Creek Event Grounds with room for 70,000 attendees and 45,000 campers.

More artists will be added to the initial line up over the months leading up to the festival and the organizers are doing everything the can to bring collaborations and team ups like they have at Bonnaroo for so many years. It will also feature a late night forest, art installations, food vendors and an on-site farmer’s market.

Watch the announcement video below and get tickets on WayHome’s website.