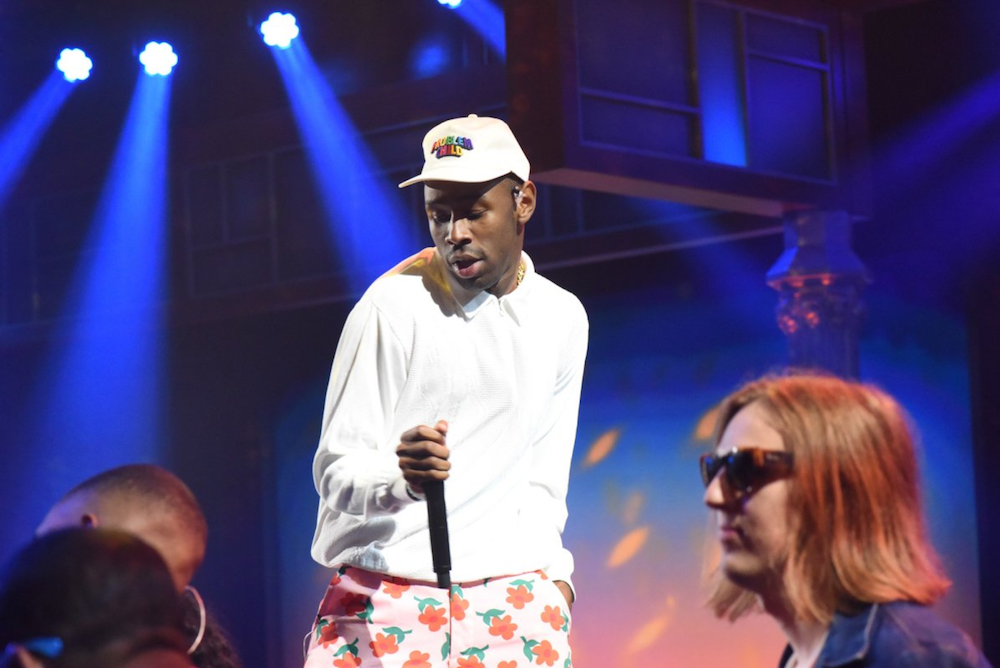 Tyler, The Creator has been busy both promoting and celebrating the release of his new album, Flower Boy, and he recently stopped by The Late Show with Stephen Colbert to perform “911” featuring Steve Lacy of The Internet.

Tyler also sat down – in his boxers – with Colbert for a hilarious interview that began with a hug and a butt grab. Dressed in Golf Wang from head to toe (including his new Converse collaboration that sold out in minutes), Tyler spoke about why Elizabeth Taylor is his jewelry icon and why his new album is his most mature yet.

“I didn’t want to rap a lot on it so I kept all my rap verses short,” said Tyler. “Everything I said, I made sure it was ridiculously important and I think that’s what people like about it this time around.”

Watch the performance of “911” above and Colbert’s interview with Tyler below.