Watch Tyler, the Creator and A$AP Rocky Perform “Who Dat Boy” at Agenda 2017 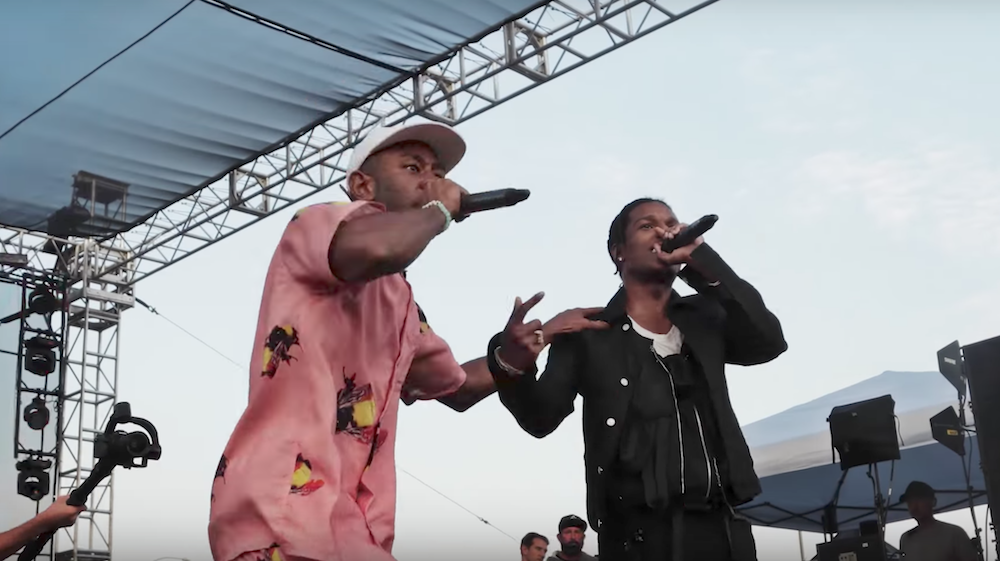 Tyler, the Creator recently headlined the debut iteration of Agenda Festival’s musical division and the energetic performer treated fans to a special performance of his new track “Who Dat Boy” featuring A$AP Rocky.

Shortly after performing the track, Rocky suggested to Tyler on stage that the two should collaborate on a mixtape. Will it ever see the light of day?

tyler brought asap rocky out during his set at the agenda festival. collab mixtape ? pic.twitter.com/jMYK2EkdxZ

For now, you can enjoy the performance of “Who Dat Boy” above. Look out for Flower Boy tomorrow, July 21.