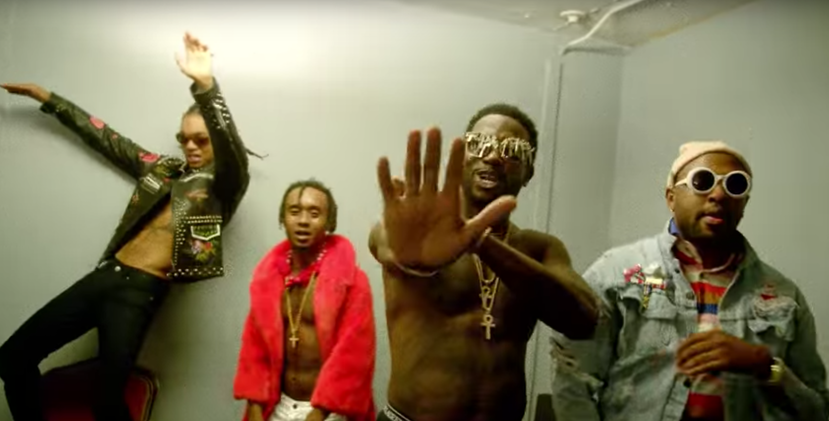 Rap duo Rae Sremmurd have released their latest video for the track “Black Beatles”. The duo is known for dropping catchy beats, and this one is no exception. Watch as the brothers rock out on stage, backstage, on the street, and bring Gucci Mane along for the ride.

A few Beatles references are heard and seen in the video (name dropping John Lennon, the round lensed glasses, John & Yoko inspired bedroom scene), and also making a cameo is some GucciGhost merch.

Watch the clip above now.