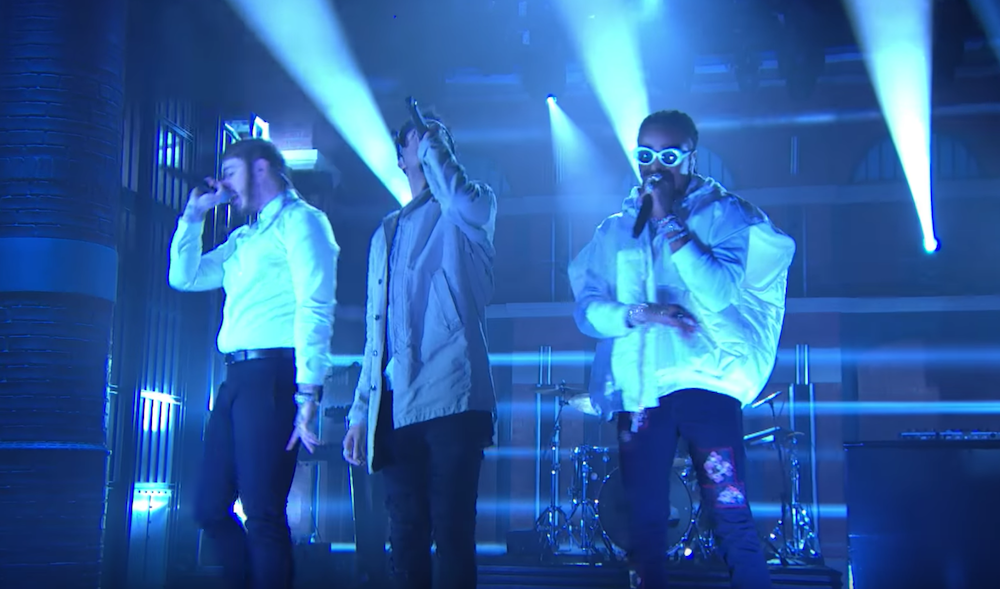 Post Malone recently stopped by Late Night with Seth Meyers to perform “Congratulations” from his Stoney album alongside Quavo and Metro Boomin.

With Metro on the 1’s and 2’s and Quavo at his side, Post Malone performed the song in front of an extensive light setup. It seems that Quavo can’t seem to stay off of late-night television these days (Migos just recently performed “T-Shirt” on Jimmy Fallon).

Watch the performance of “Congratulations” above.