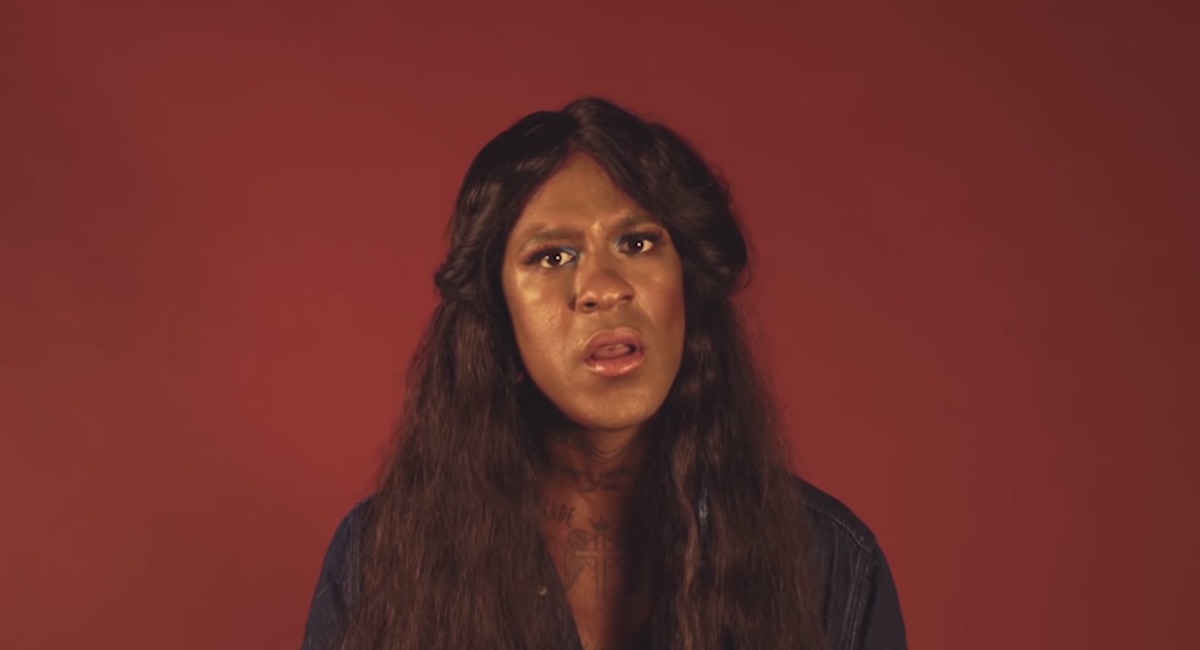 Nearly 25 years ago, artist and AIDS activist Zoe Leonard published the poem “I Want A Dyke For President.” The title alone is polarizing, destined for controversy–but who’d have thought the words would be so relevant a quarter of a century later?

Queer artist Mykki Blanco teamed up with Dazed to recite the text in full. As a prominent figure within the LGBTQ community, he calls on images of marginalized citizens as ideal candidates for the American presidency: “I want someone with no health insurance…. I want a president who lost their last lover to AIDS….someone who cross-dresses, done drugs, and been in therapy.” Each desire listed paints a very humanized struggle, but also highlights the limitations of what makes up a qualified ideal politician.

A statement posted by Dazed under the video reads:

“In 2016, as we watch Hillary Clinton and, unbelievably, Donald Drumpf battle it out for control of America, as xenophobic politicians helped the United Kingdom leave the EU, as Russian bombs drop on Syria, the poem – that aggressively questions the violent banality of our elected politicians – remains as relevant and striking as ever.”

With a lot on the line for the current American elections, which has ultimately been boiled down to highly controversial candidates, Clinton vs. Trump, the most striking line of whole poem has to be “I want a candidate that isn’t the lesser of two evils.”

Watch Mykki recite the text above.