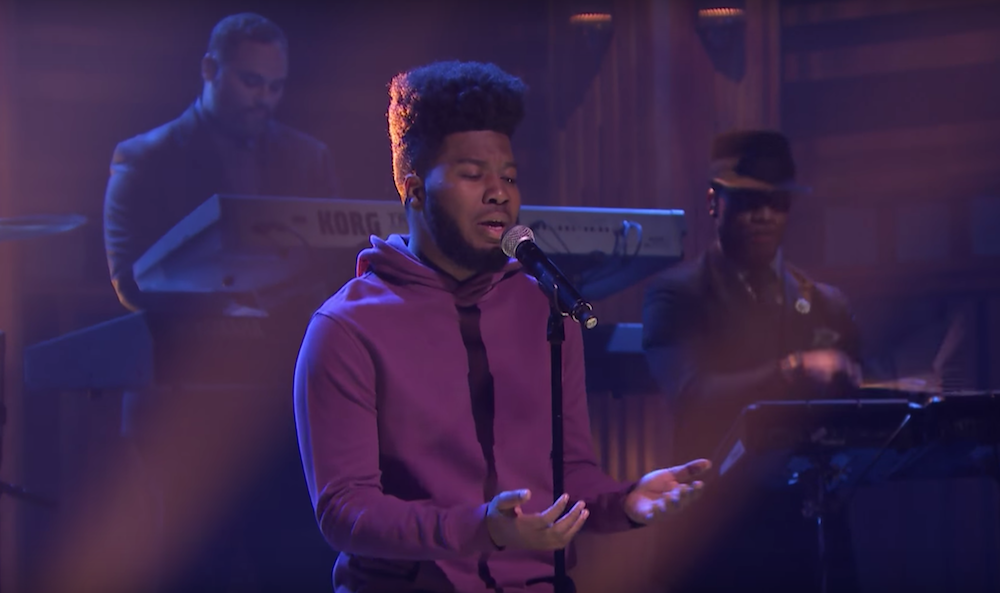 Khalid recently stopped by The Tonight Show Starring Jimmy Fallon to perform “Location,” one of the critically acclaimed singles from his breakout debut album, American Teen.

The El Paso singer/songwriter was accompanied by house band The Roots for his television debut. The ensemble began a stripped-down version of the track that quickly transformed into an energetic performance that left Khalid dancing all across the stage.

Watch the performance of “Location” above.