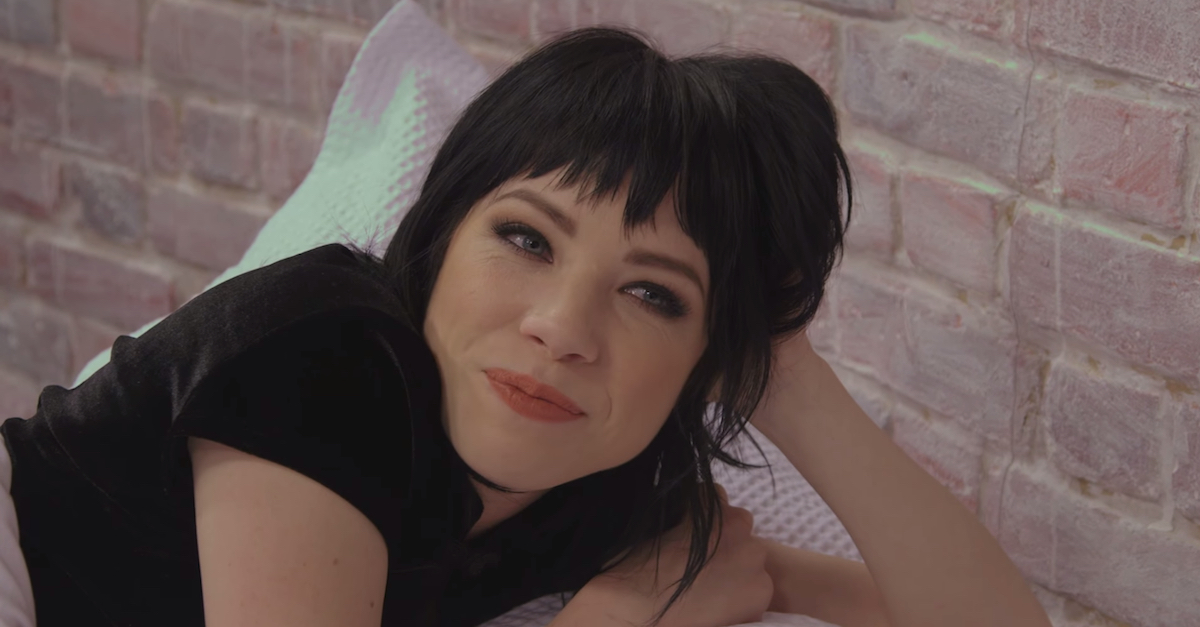 Sharing a bed with a stranger is flat out weird, but sharing a bed with Nick Jonas whisper-mumbling about having to wear a leather jacket around you or plucking out Meghan Trainor’s hair from a pillowcase is a whole new level of bizarre. To alleviate some of the awkwardness, Canadian queen of pop Carly Rae Jepsen does make a cheerful appearance.

You can watch all of this unfold in the video above.