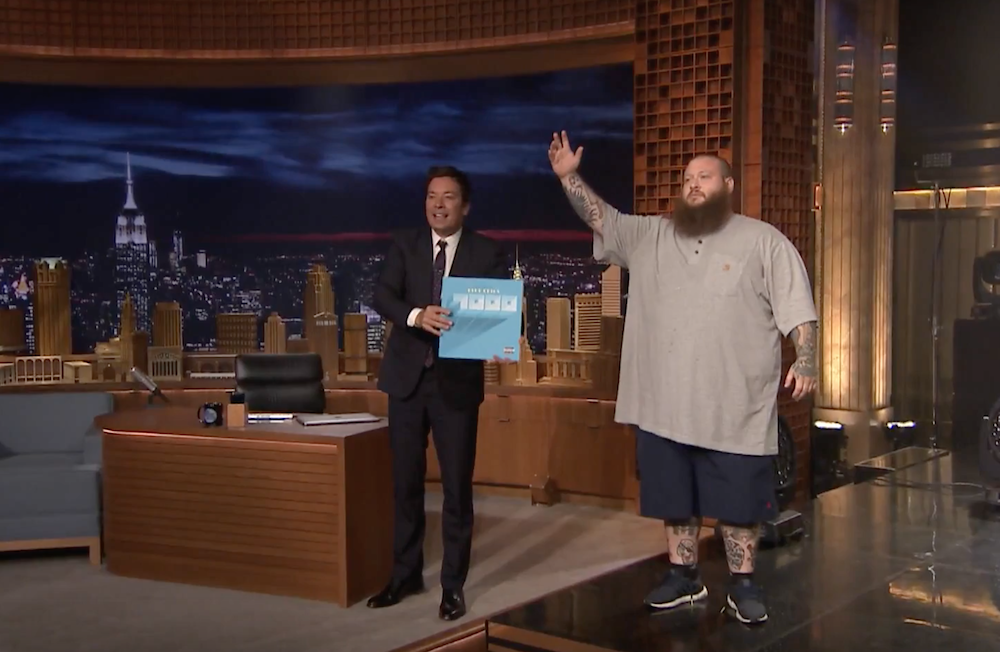 Action Bronson is gearing up to release his highly anticipated Blue Chips 7000 album and the New York rapper stopped by The Tonight Show Starring Jimmy Fallon to perform his latest single from the project, “The Chairman’s Intent.”

After quickly removing his hat and ramping up the energy, the part-rapper part-chef headed out into the audience to explore the entirety of the studio space and interact with his excited fans. This performance marks Bronson’s first appearance on Jimmy Fallon although he’s previously appeared on other late night television shows like Jimmy Kimmel, Seth Meyers and David Letterman.

Watch the performance above and look out for Blue Chips 7000 on August 25.