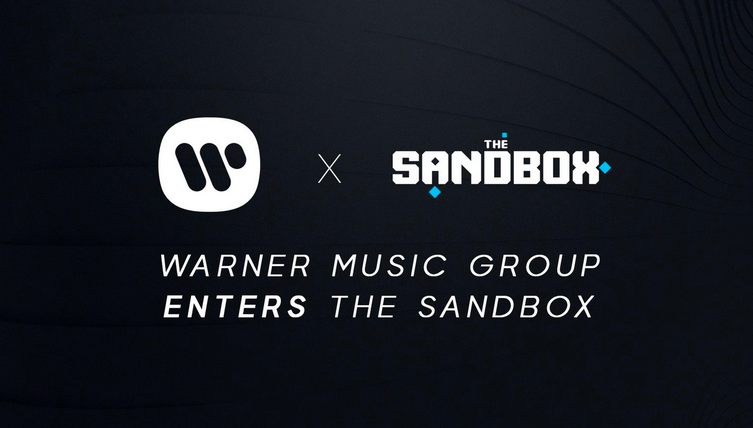 Warner Music Group announced a new partnership with The Sandbox, a decentralized virtual gaming world that has continued to rise in popularity.  The Sandbox gaming metaverse will soon house a musical theme park and concert venue on “Warner Music Group LAND”, which will see Warner’s artists performing. This marks the first major music company deal within the NFT metaverse space.

According to a press release, The Sandbox will work with WMG to develop special performance use of the WMG LAND. The hope is that this will attract new fans as well as revenue opportunities.

The Sandbox will hold a LAND sale in March 2022, which will “allow music fans to buy coveted LANDS adjacent to the WMG property,” according to the release.

“Our partnership with The Sandbox adds a new layer of possibility in the metaverse, with the ownership of virtual real estate,” said Oana Ruxandra, chief digital officer and EVP of business development at Warner. “As a first-mover, Warner Music has secured the equivalent of beachfront property in the metaverse. On the LAND, we’ll develop persistent, immersive social music experiences that defy real-world limitations and allow our artists and their fans to engage like never before.”

“This strategic partnership with Warner Music Group brings the open metaverse one step forward in the direction of fan-owned and community-driven initiatives—the possibilities are very exciting,” said Sebastien Borget, COO and co-founder of The Sandbox.

What is The Sandbox?

It is part virtual real estate, part amusement park. In addition to Warner Music Group, The Sandbox has forged partnerships with Adidas, Deadmau5, Steve Aoki, CryptoKitties, The Walking Dead, Care Bears, Snoop Dogg, and Atari. They have over 200 existing partnerships. The Sandbox is a subsidiary of Animoca Brands, which has its own REVV token and SAND token. Animoca Brands is a key player in growing the metaverse, with over 150 investments in NFT-related companies and decentralized projects (i,e. Dapper Labs, Axie Infinity, OpenSea).