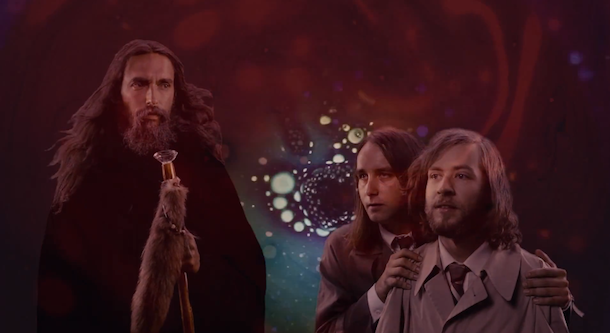 Portland Oregon band Wampire have released a hilarious new video for their track “Wizard Stuff” which captures band members Rocky Tinder and Eric Phipps as private detectives searching for a wizard who looks a little bit like Jesus, after a pretty lady with a suitcase full of cash pays them to track him down.

Watch the Robbie Auspurger-directed clip below for “Wizard Stuff” off their debut album Bazaar which is out now on Polyvinyl Record Co.