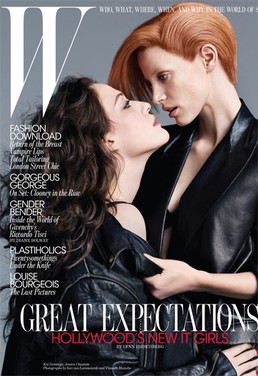 After Stefano Tonchi made his move from T: The New York Times Style Magazine, taking over as editor of W Magazine, the publication has seen some pretty major changes. Aside from the slightly new logo and type-face throughout all issues going forward, the magazine will now incorporate travel essays and art appraisals to try and bring an overall voice to the publication.

The cover above, features Kat Dennings and Jessica Chastain in a rather intimate pose, and marks the first time the publication has released three covers which are shot by Inez and Vinoodh. 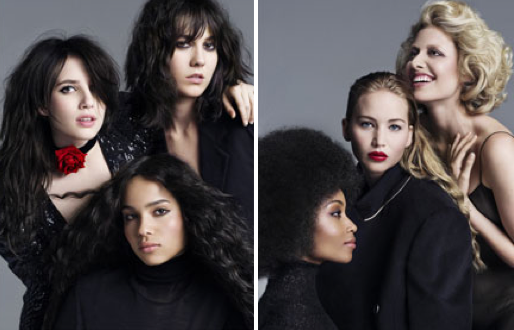