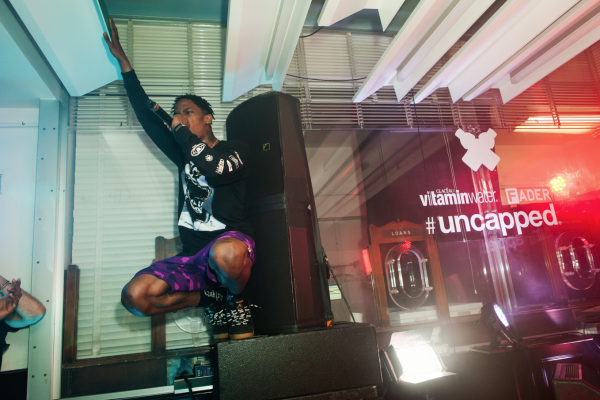 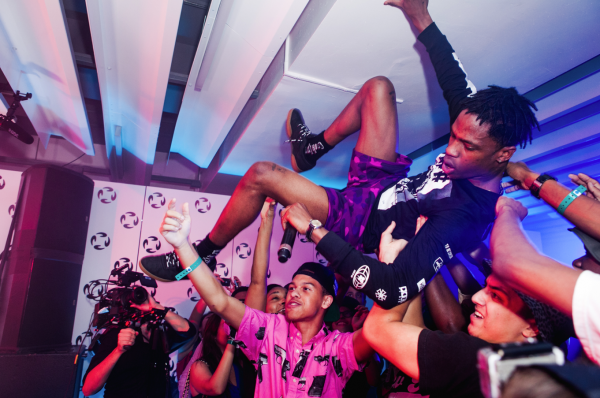 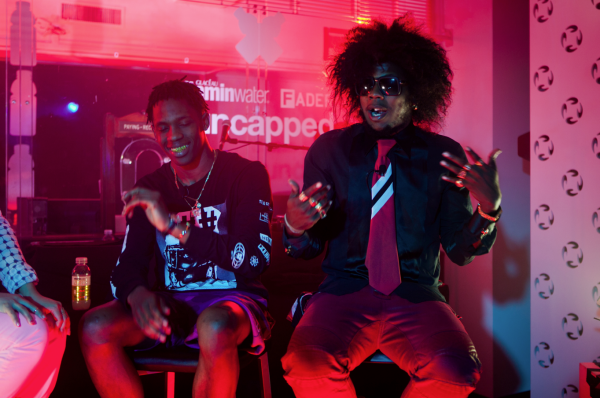 the concert series continued Monday, August 12, with a live performance by Travi$ Scott and DJ Yung Skeeter in a lower east side bank.  guests cozied up to the atm in the bank’s lobby to see an energetic set with legendary producer and DJ Mike Dean playing the synths and guitar.  Travi$ Scott climbed a speaker stack to crowd surf and walk the ceiling to Owl Pharoah standout “Upper Echelon.” guests including model selita ebanks (who was spotted getting a spin lesson from DJ yung skeeter), A-Trak, Adrian Marcel, and Quincy Brown, and got a surprise when Trinidad Jame$ made an appearance to perform with scott on their collaboration “Shut Up.”

You can watch the video below: