Virgil Abloh – A Cultural Titan Has Passed Away 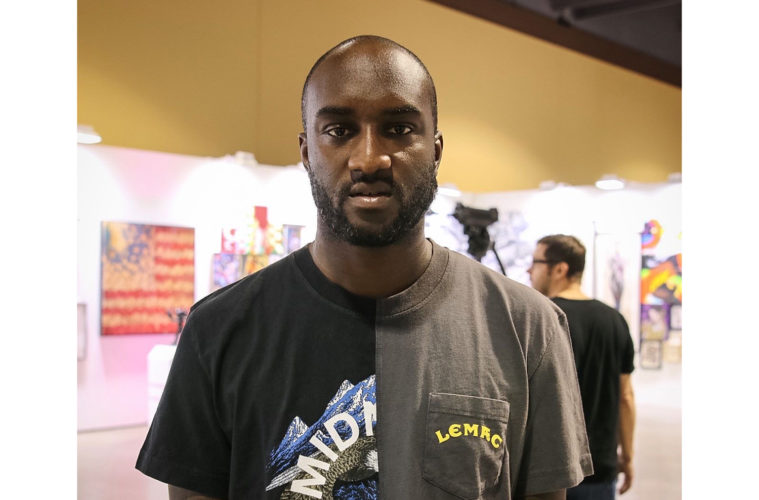 And…in today’s instalment of ‘the world is fucking broken and everything is the worst’…Virgil Abloh passed.

The rumours of his cancer have been omnipresent in certain circles for a while. And there was that ‘forced’ medical hiatus during PFW A/W 2019.

Still though.
It just didn’t feel like anything would ever slow Virgil down.

Benjamin Franklin was right, of course. Death is one of the two great inevitabilities. The reaper is coming for us all. Whether we waiting with a gun and a pack of sandwiches or not.

But this was more than a man. A towering icon. The great American novel-writ-corporeal. If any one of us could dodge the boatman it would have been Virgil. And the markup would have been outrageous.

The sum total of what he accomplished in his scant forty years is dizzying. Literally, if you think about it all at once. As is his influence. Not was. Never was.

The mythopoetry of Pyrex Vision’s founding inspired a generation of streetwear entrepreneurs. Off-White wasn’t a clothing brand, it was an ethos. He took a Grammy for his artistic direction on Jay and Ye’s Watch the Throne. Exhibited a series of joint paintings with Takashi Murakami at Gagosian London. Did collaborations with nearly every fucking brand you’ve ever heard of; across a shocking chasm of product categories, genres, and styles.

The breadth and scope of his vision was almost hilarious. In the Jonathan Swift, comedy of the absurd sense. And his ambition was nothing if not Brobdingnagian.

The truly heartbreaking part is he was just getting started. His plans for a neü-Bauhaus in Chicago (Abloh achieved a Masters in Architecture from the Illinois Institute of Technology, a campus designed entirely by German-turned-Chicagoan and Bauhaus alum Mies van der Rohe) was inspiration itself.

His work as Artistic Director for Louis Vuitton broke the game in half. Or utterly fixed it. Or both. We’ll call it Kintsugi. He shattered something and rebuilt it with its flaws showing; all the more beautiful for its seams. Rather like Mies’ industrial style machinations at the IIT campus; vertical wide-flange girders exposed to the world. Not exposed; expressed, an architect would say. That’s just the sort of distinction that Abloh would find meaning in.

I had the great pleasure to know the man a little bit. And, whilst he had his detractors, no one could reasonably say that he wasn’t a kind soul. So quick-witted one risked whiplash, he was also tireless in his passion for identifying and nurturing young talent. A one man reference library; he simply knew more about everything than anyone else did about anything (to paraphrase Adam Gopnik on Anthony Lane).

Abloh referred to himself as a ‘maker’, rather than a designer. And the term holds. He was often referred to derisively as a ‘curator’, which obviously implied a lack of original creation. Abloh’s famous ‘3 percent approach’, where he held that changing 3 percent of an existing design qualifies it as new, certainly didn’t help with this.

But ‘hommage’ holds its own quintessence. Picasso is often quoted as having said ‘a good artist borrows, a great artist steals’. Yeah, literally. Oscar Wilde said that 40 years earlier. Finna look down your nose at Cubism now? I think not.

A virtuoso of the iconographic, his designs oftentimes immediately became lore, rather than fashion. Did he steal Glasgow airport’s logo? Probably. Who cares? It was, by that point, anachronistic. And his thought processes skewed in four directions simultaneously in a way no airport ever has.

He was a master mixologist. Able to redefine recipes ad nauseam. Ask for a martini and he might swap vermouth for absinthe. Is it relevant that Somerset Maugham discussed that first? Not a bit. I very much doubt that you’ve ever read The Razor’s Edge unabridged. But I’d bet money that that man did. Furthermore, there’s a continuity there. Vermouth being a transliteration of a French attempt to pronounce Wormwood. Wormwood being a colloquial name for absinthe some hundred years ago, also being the active ingredient that separates a humble Pastis from the green fairy.

Christopher-Jacques Morency, Highsnobiety’s Editorial Director, posted personally a few minutes ago, with regards to Virgil ‘to break the barriers for all of us who didn’t have friends in high places, secret back doors into fashion, or a formal education in the craft, Virgil allowed those in who wanted to equally kick against the outdated system. Show them how it’s really done, in our small ways. Screw sitting at your table, I’ll create my own and add 500 seats. How change is made’.

The man singlehandedly forced a re-examination of appalling, but very much existing, stereotypes in industry after industry. St. Peter better get the VIP bracelet ready. All I’m sayin’.

Last year, at the tail end of an indica-indicated conversation with a young black fashion designer friend of mine who you’ve definitely heard of but I’m definitely not naming here, he went on a mini-tangent about how Virgil ‘without the hard r’ read Vigil. According to my dictionary, ‘a period of keeping awake during the time usually spent asleep, especially to keep watch or pray’, or ‘a Reglious observance’. And Goddamn if that isn’t appropriate. Today of all days. In remembrance of the man who simply studied the antecedents harder, better, and cleaner, in order to become someone else’s antecedent. To change the rules.

Much has been made of the (in)famous quotation marks. And not always complimentary. Personally, I always say them as a sort of visceral, albeit virtual, manifestation. A Nirmāṇakāya. The Tibetan Buddhist concept of ‘travel(ling) into heavenly realms using the continuum of the mindstream’.

He loved to say that ‘Duchamp is my lawyer’. Referring to the pissoir King’s concept of readymades. René Magritte may have been the father of Dadaism, but Virgil was its prodigal prince. And those quotation marks were emblematic of not just a purpose, but an awareness.

I’ll leave it to Sage Francis. To sum it up best. ‘Now I wear parentheses on my temples, step to the podium & just think’.