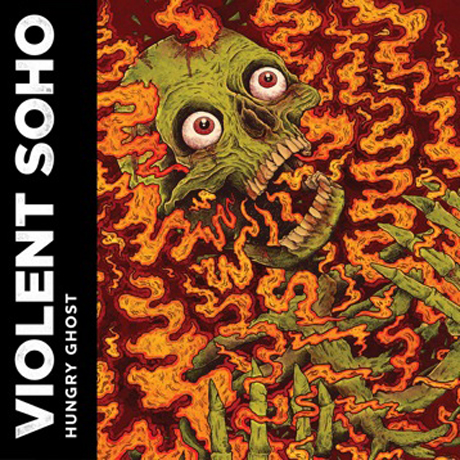 We first discovered Violent Soho earlier this year on our journey to Australia and now they’ve not only signed to Canadian label Dine Alone Records but they’ve announced their third album Hungry Ghost set for released on September 30th!

Lead vocalist Luke Boerdam’s voice has a Billy Corgan-esque quality to it and according to the press release, the album is about “stuff like status anxiety, and worrying about living up to other people’s standards, and in the process becoming so distracted, sitting on the couch watching other people live their lives. That mentality is behind it.”

Give a listen to “Covered in Chrome” below following the track list.