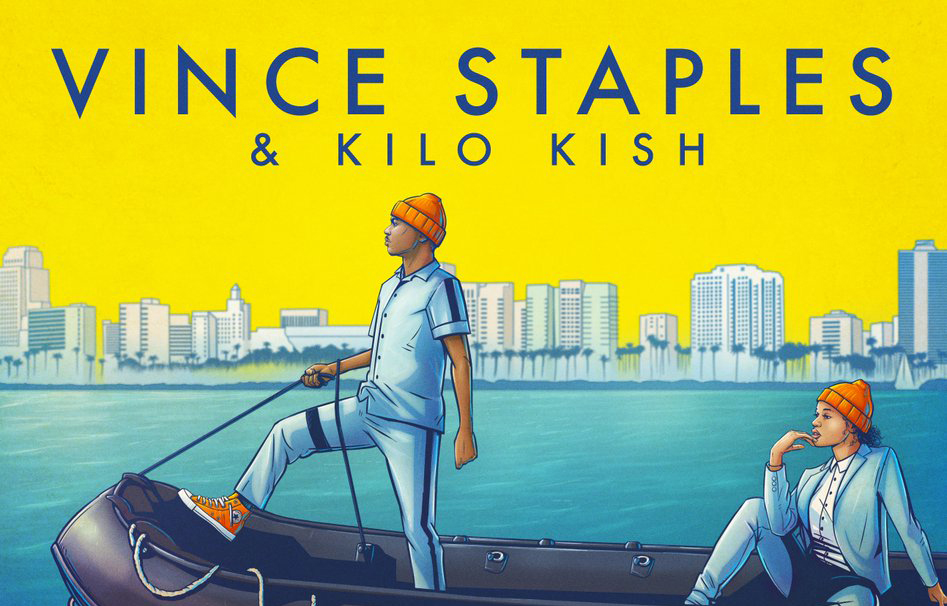 It’s been a couple of months since Vince Staples released his second EP Prima Donna in August but now the Long Beach rapper has announced an extensive headlining tour for 2017 – all inspired by Wes Anderson.

The tour, entitled The Life Aquatic Tour, spans 26 dates and features singer/songwriter/rapper Kilo Kish as opening support. The artwork and title of the tour is clearly inspired by Wes Anderson’s film The Life Aquatic with Steve Zissou. 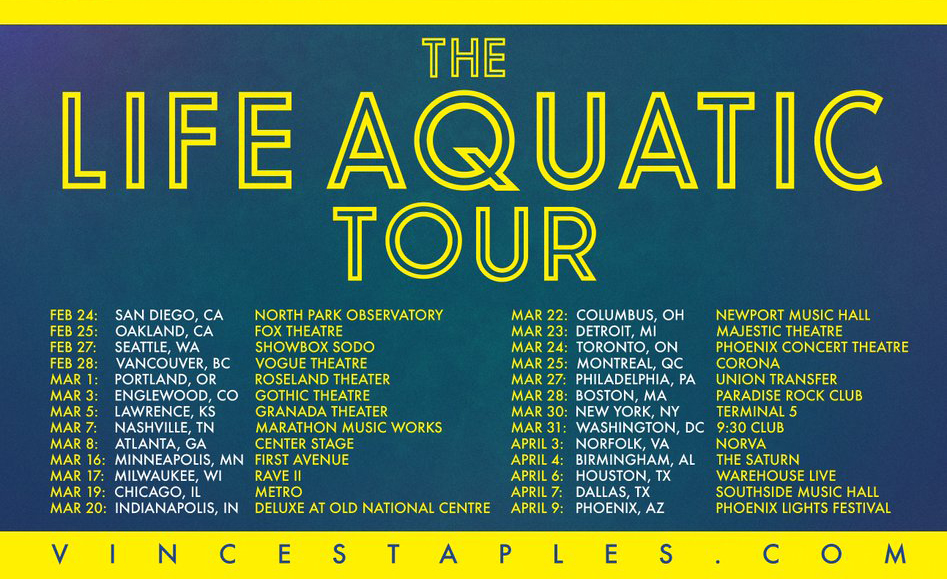