Video: TV On The Radio on The Tonight Show with Jay Leno 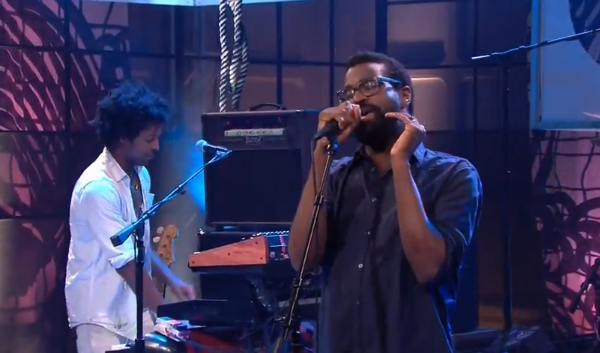 We were really sad to miss TV On The Radio in Toronto last month following Coachella, especially after really sitting down and giving their fifth full length album Nine Types Of Light a good solid listen. But we got the next best thing to a live show last night when we caught the band on The Tonight Show With Jay Leno playing their first single “Will Do” off the aforementioned album.

After losing a band member to a battle with cancer, they seemed rightfully somber on stage in all their given awesomeness. Tunde Adebimpe did the diva hands on vocals, while David Sitek doubled on synth and guitar with a wind chime attached, Kyp Malone rocked out with a bucket hat with the rest of the band. Check out the video of the show last night below.