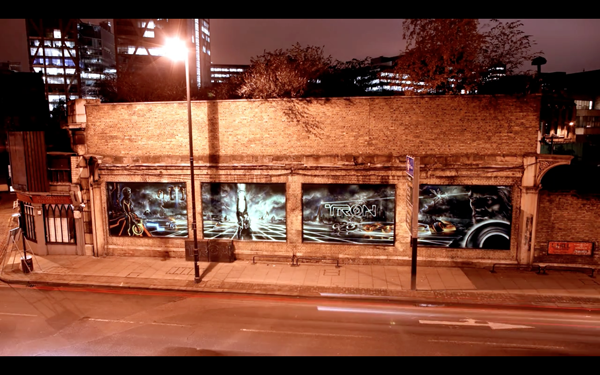 This is really cool! End of the Line, in association with Distillery Productions and Toby Summerskill, have filmed the first 3D Graffiti Time-lapse. Oh yeah and it’s for Disney’s Tron: Legacy!

This video was filmed in December 2010 and January 2011, in a warehouse in Shoreditch with the exterior shots taken from the rooftops of East London. Filmed over the course of four days, using two Canon 5D MK2 cameras and a specially constructed 3D rig provided by Inition.

Go on and watch this excellent visual display of aerosol art.