Video: The Black Keys on Workaholics 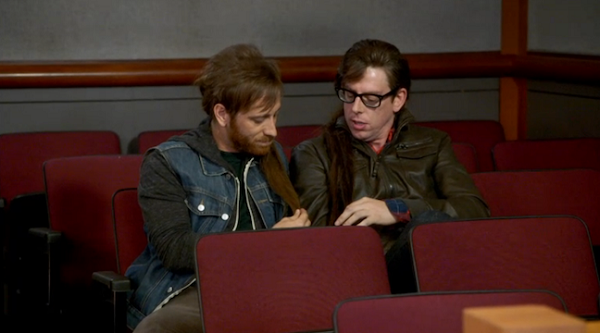 We have yet to watch this weeks episode of Workaholics but apparently it features a cameo with the Dan Auerbach and Patrick Carney of The Black Keys about five minutes into the episode stroking weirdly awesome looking ponytails.

Ders, Blake, and Adam take Montez to small claims court in the episode as well. Watch the full To Kill A Chupacabraj episode via Comedy Central in the US now.