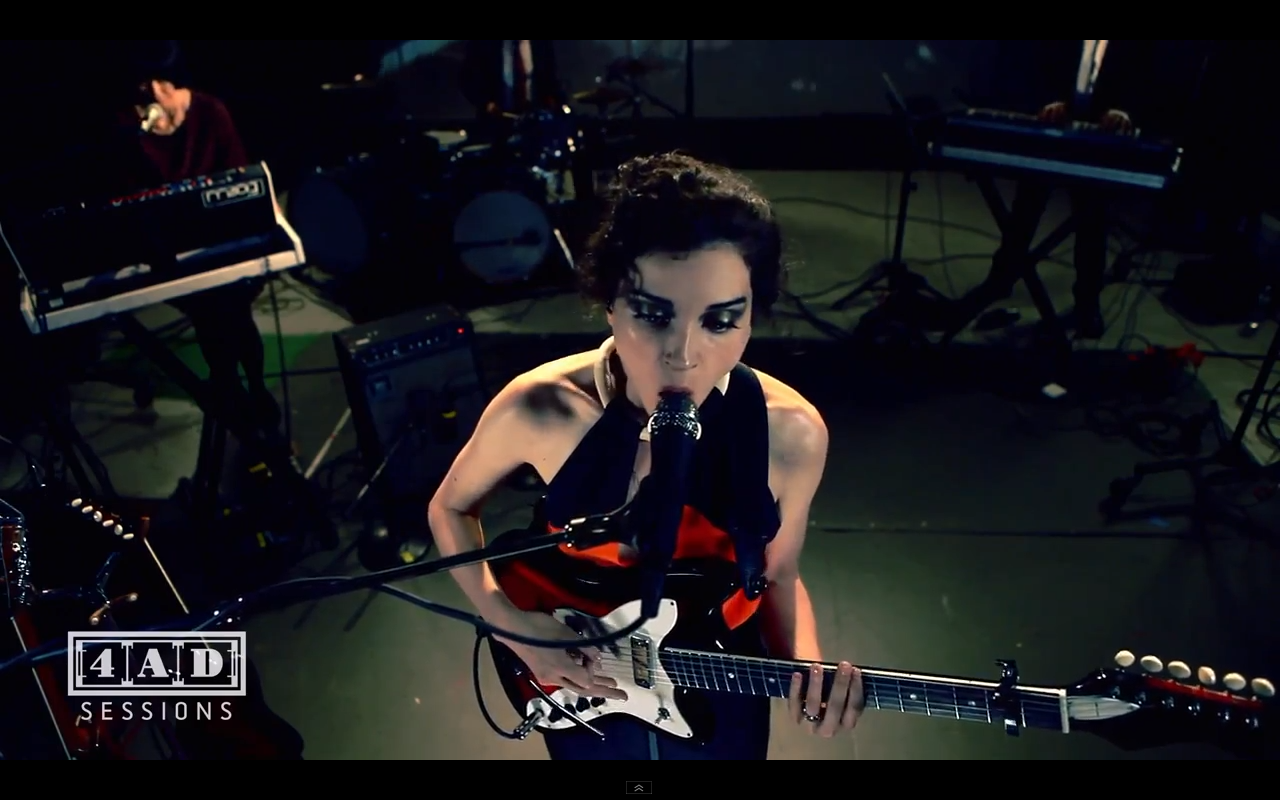 In September of this year, St Vincent took a giant leap forward with the release of third album, Strange Mercy. This time out Annie Clark was to combine her long-celebrated musical virtuosity with ambitious songwriting that ran a gamut of emotional cadences, all the while underpinned by a colourful sense of melody.

Recording these songs live for the first time, St Vincent has performed four tracks from Strange Mercy for the tenth visual installment in the 4AD Session series. Shot at Shangri-La Studios in the heart of the Brooklyn film and photography district in Greenpoint, the session was recorded with Annie’s new band, Daniel Mintseris (keys), Toko Yasuda (moog) and Matthew Johnson (drums). Given St Vincent’s transgression from the underground to the pop spotlight over the course of three studio albums, it’s somewhat fitting that Shangri-La host the session having initially earned its name as a secret spot known only through word of mouth.

Tracklisting:
1. Chloe In The Afternoon
2. Surgeon
3. Strange Mercy
4. Year Of The Tiger