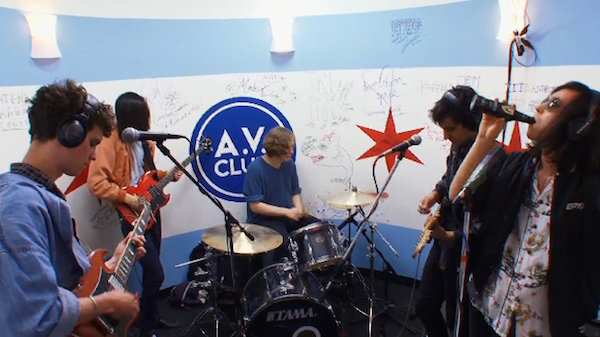 Chicago’s cutest glam rockers Smith Westerns hit up A.V. Undercover to drunk play a cover of Tom Petty & The Heartbreakers track “American Girl”. Judging by their tweet the other day, they aren’t too proud of it, but we thought it was alright enough to share with you.

We can’t wait to see these guys open for Yeasayer in a few weeks after being pretty dye hard (pun intended) fans since their first self titled album back in 2009 all the way to this years sophomore release Dye It Blonde. Check out their cover of “American Girl” below!