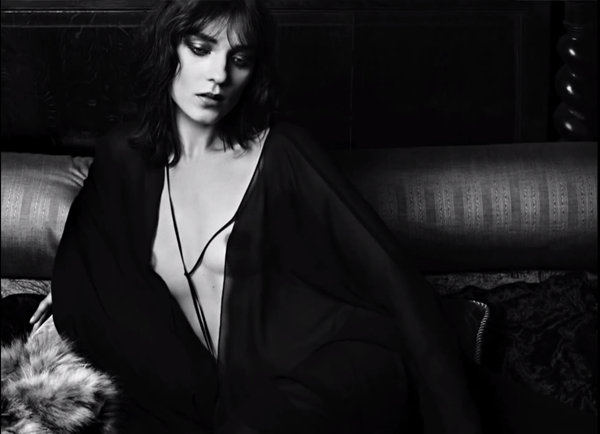 Hedi Slimane has slowly been releasing images from the upcoming Saint Laurent Paris campaign starring Kati Nescher and Christopher Owens but seems to have become impatient with the slow burn. Today the re-branded French fashion house released a new video titled Introduction Campaign Video which features a series of black-and-white pictures in a slideshow presentation. The pictures include the first four images released, it is safe to surmise that the remaining images were the final eleven pictures from the campaign. All the images were shot by Slimane and feature the glamorous and tattooed models in various states of dress. Watch below