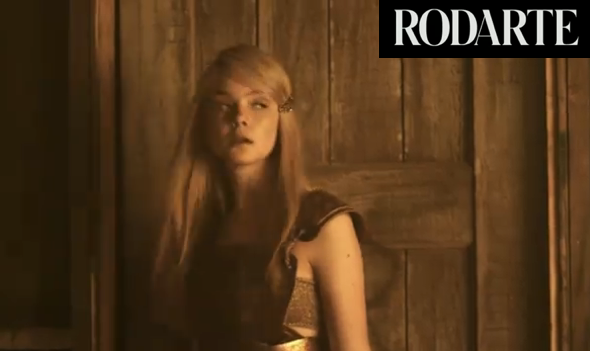 The Mulleavy sisters over at Rodarte are about to drop this rather royal looking film by NOWNESS featuring Somewhere star Elle Fanning and boy are we excited especially after re-watching 2010: A Space Odyssey By Rodarte.

Directed by Todd Cole with music by Deerhunter, check out the trailer for this film below, and keep checking back for the full-length which premieres on Tuesday over at LVMH’s NOWNESS.