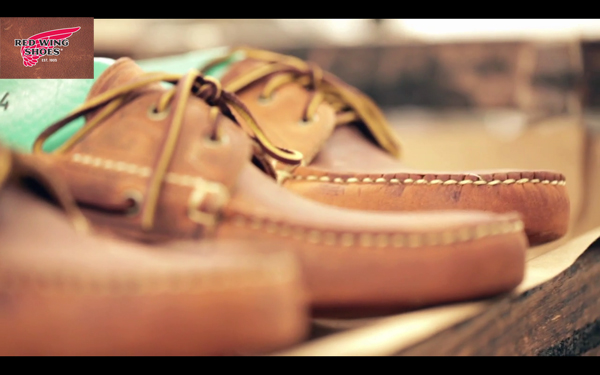 Boot-makers Red Wing’s have released an informative video for their Genuine Handsewn Collection. The entire collection is made entirely in Maine at Rancourt & Co. on the banks of the Androscoggin river in Lewiston, the traditional home of moccasin style shoes. The Red Wing’s Genuine Handsewn collection is crafted using century-old techniques that have been passed from hand to hand, generation to generation. The artisanal care that goes into each pair of boots is really rather beautiful. Watch the video below.